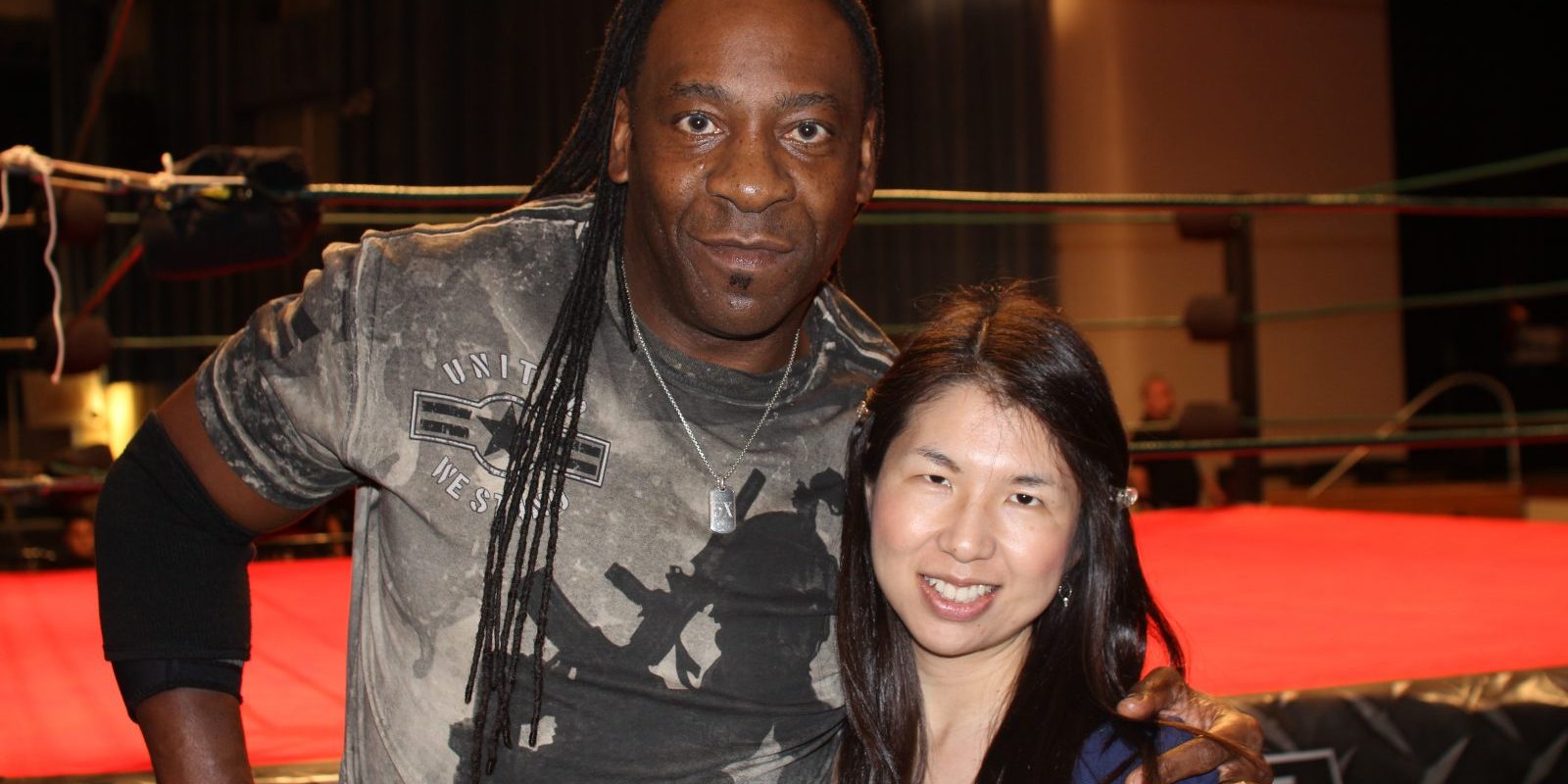 WWE Hall of famer Booker T said a Harlem Heat reunion is imminent in the near future and says he is proud of Sting.

In an exclusive interview with The Roman Show at Ronin Pro Wrestling in South Florida, the Texas based wrestler said he’d like to team up with his brother Stevie Ray, who both made up the Harlem Heat. Both wrestled in WCW and won the tag titles.

“There might be a reunion between me and my brother in the near future in 2015,” he said. “I always say I want to end my career as I started my business and hat was all because of my brother Stevie ray. I want to put on those tights with my brother right by my side against the Dudley’s, the Nasty’s, even with the Young Bucs.”

Where it might take place is up in the air, he said.

“I wouldn’t pass by putting in the WWE,” he said. “That’s not our goal its about putting on our tights and bots. It’s nostalgic.”

Booker T also spoke about Sting’s debut in the WWE.

“I never say ‘never ‘, I always thought Sting should have taken his place in the WWE,” he said. “He is a hall of famer. Seeing him in the ring is a moment that many wrestling fans will remember.”

Booker T also spoke about the current WWE locker, training the Usos, wrestling in South Florida and helping the up and coming talent.