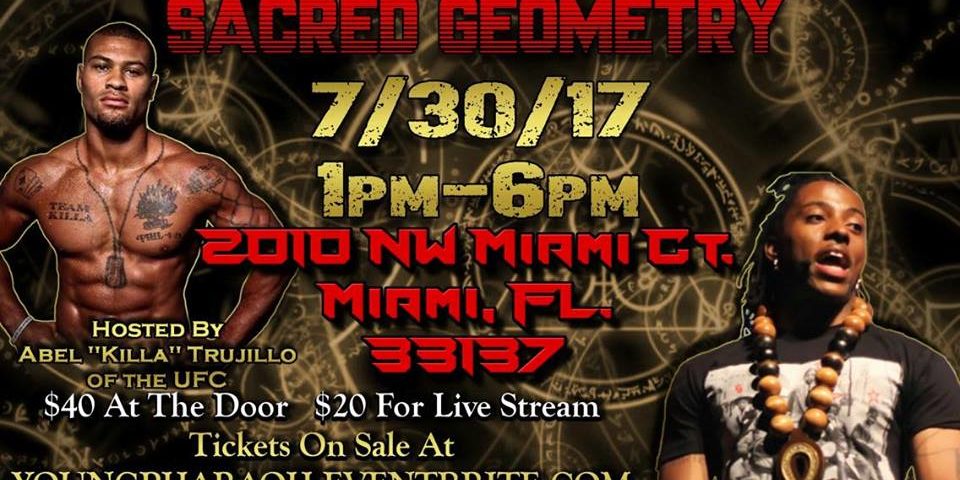 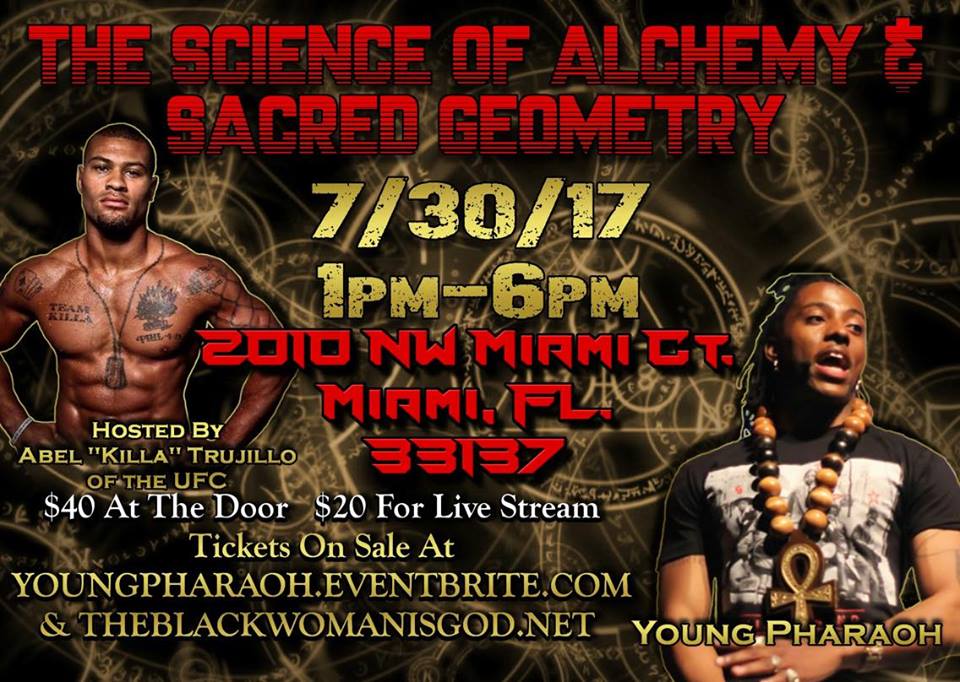 Young Pharaoh will make his debut in Miami, FL with his lecture on “The Science of Alchemy and Sacred Geometry”.

UFC fighter Abel Trujillo will host the lecture. Young Pharaoh’s Youtube channel has garnered over 10 million views and he plans on teaching those in attendance a little about “what we already know”, he said. The event will take place at 2010 NW Miami Ct, Miami, FL. Tickets are on sale, click here for details. He joined The Roman Show to talk about the upcoming event.

“I am breaking down alchemy and sacred geometry with that being said these are subject matter that scare people,” he said. “They scare people because the word science scares people. It’s called reverse psychology. Science is essential for life. In school they teach it in a matter that it is boring. Everyone should know of alchemy.”

Based in New York, Young Pharaoh is self-educated and runs his own program, where anyone can sign up.

Despite any criticism, he views himself as a “true speaker”.

“I see myself as a truth seeker,” he said. “I don’t label myself with a certain term like prophet or things like that because I think it’s egotistical. Anybody who deals with the truth knows we are made up of the same source. We you look at the universe, you see millions and trillions of stars. It’s infinite. No star is the prophet star. I am here to remind people of what they already know or they don’t have access to the information. I am not Jesus and I am not going to die for the sins of nobody. I don’t consider anything by a true speaker.”