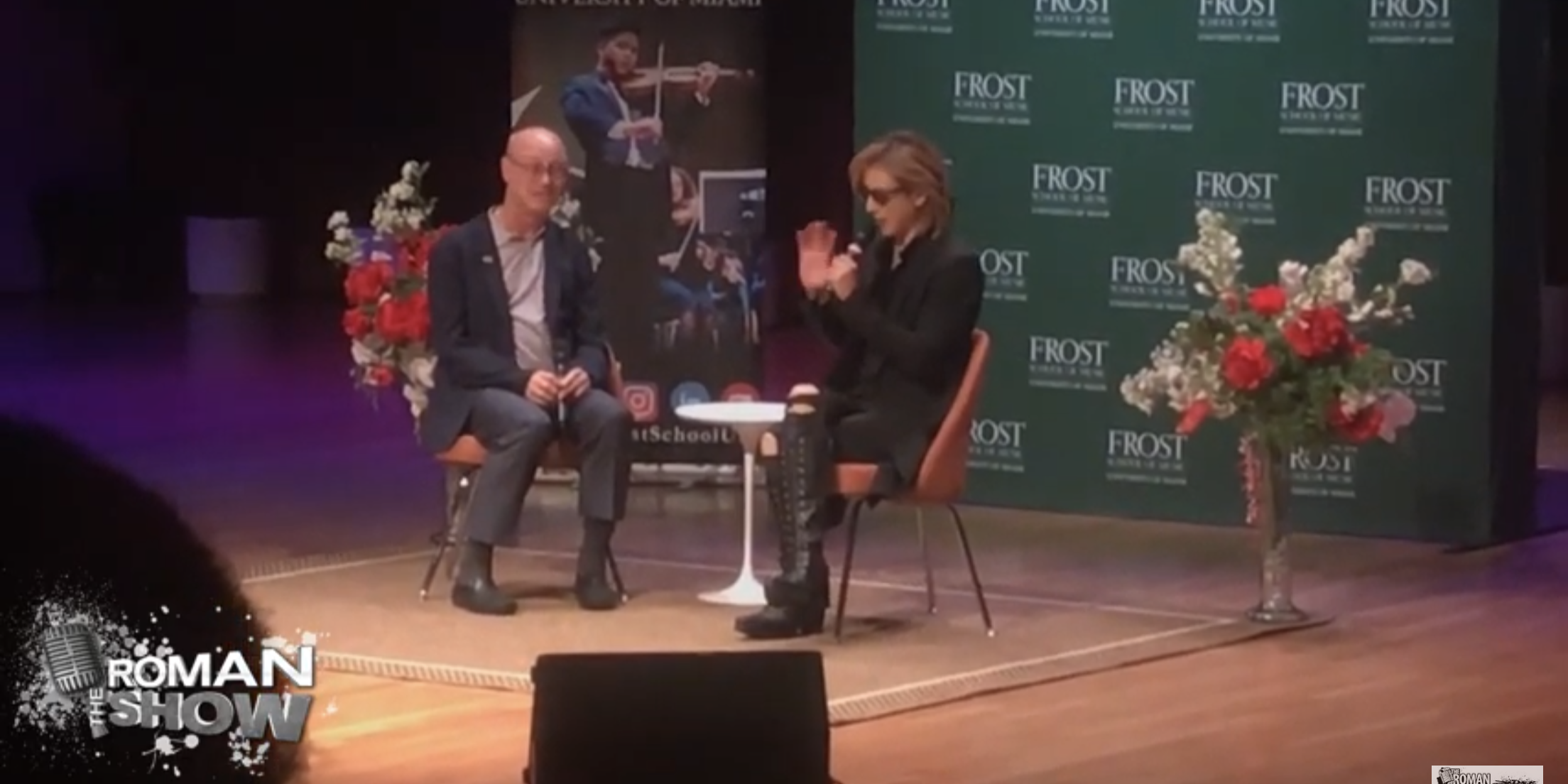 Yoshiki, who lives in California, visited the University of Miami’s Frost School of Music for a Masterclass, where he answered questions and played the piano for those in attendance. He also signed and took pictures with fans.

“I have a band X Japan,” he said. “We are releasing our album first album in 22 years. It is 99.9 percent done we are just looking for the best timing. “

The band has toured and also promoted their documentary We Are X. Yoshiki says he is also working with a Hollywood film.

The band is known for popular song such us Endless Rain, Forever Love, Kurenai and Silent Jealousy. X Japan has toured the world.

He also said that he is working with another well-known face in American hard rock.

“I am writing my first symphony. I also have a collaboration with rock artist with Marilyn Manson we are creating several songs together,” he said.

No word on the collaboration would be released. Last year, the band tour Japan.