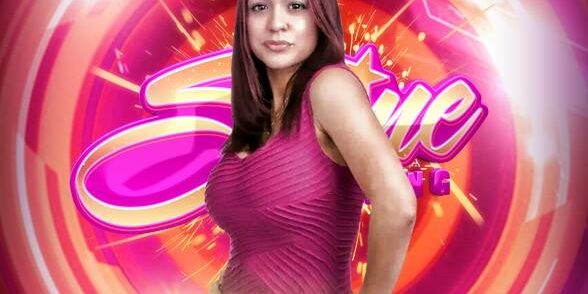 Many ring announcers have graced the four corners informing the public who is walking down the aisle, but one young talented lady is trying to make an impact in the independent wrestling scene, Heather Lynn.

SHINE’s and World Wrestling Live Network’s Lynn is set to announce this July 11 at Declaration Independence in Florida part of the upcoming FIP event, which could be viewed at www.wwnlive.com.

Lynn joined The Roman Show for an exclusive interview. She also has wrestled and managed, but says she likes playing the role.

“I am leading towards ring announcing,” she said. “I am out there whole show I get to see everything.”

She talked about her job as the lady with the mic.

“SHINE’s a lot of work cause the girls have a lot of information,” she said. “I tried to get out of much with out trying to make mistakes.”

“Lillian has an amazing voice,” she said. “She’s a sweet person. Justin Roberts of the WWE I think has a great voice. All of them are talented.”
Prior to speaking to the crowd, she has a little ritual.

“I go over my notes,” she said. “I speak to the promoter. I make sure the information on the wrestlers are correct.”

She has played other roles like managing and expressed her opinion on the job.

“Wrestling wasn’t something I did full time,” she said. “I prefer managing over wrestling. I love the psychology of managing and id rather be on the side then having to take nasty bumps.”
She also talks about working in the business, who she wants to manage and being a mom.