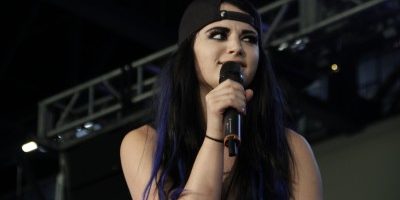 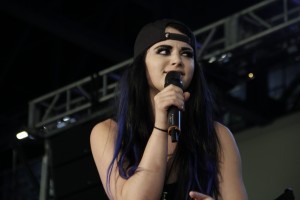 WWE Diva and former champion Paige says her toughest opponent has been her mother and independent wrestler Sweet Saraya. She is pushing for Emma to comeback to the roster.
Paige held a Q & A at the Florida Supercon being held till June 28 at the Miami Beach Convention Center in Miami Beach.

She responded to when a fan asked who has been her toughest opponent and her favorite feud.

“My mother is the toughest opponent,” she said. “Many people think she would go easy on me but that’s not the case.”

She later added: “Independently I like the angle of me and my mom in the indy promotion Shimmer. I like the storyline, where she would berate every time I lost I would turn around I was the baby face and she was the heel, than we had a street fight. Never have a street fight with your mother. “

She also added that her favorite feud in NXT was with Summer Rae and AJ Lee on the main roster.

Paige also said she is itching to have a hardcore match in the WWE, although, she had plenty on the independent scene.

“On the indies I did it,” she said. “I wish we could do it in the WWE. Out of the girls I would do it with Emma. I am really pushing for Emma. Come on guys we want Emma or Alundra Blayze.”