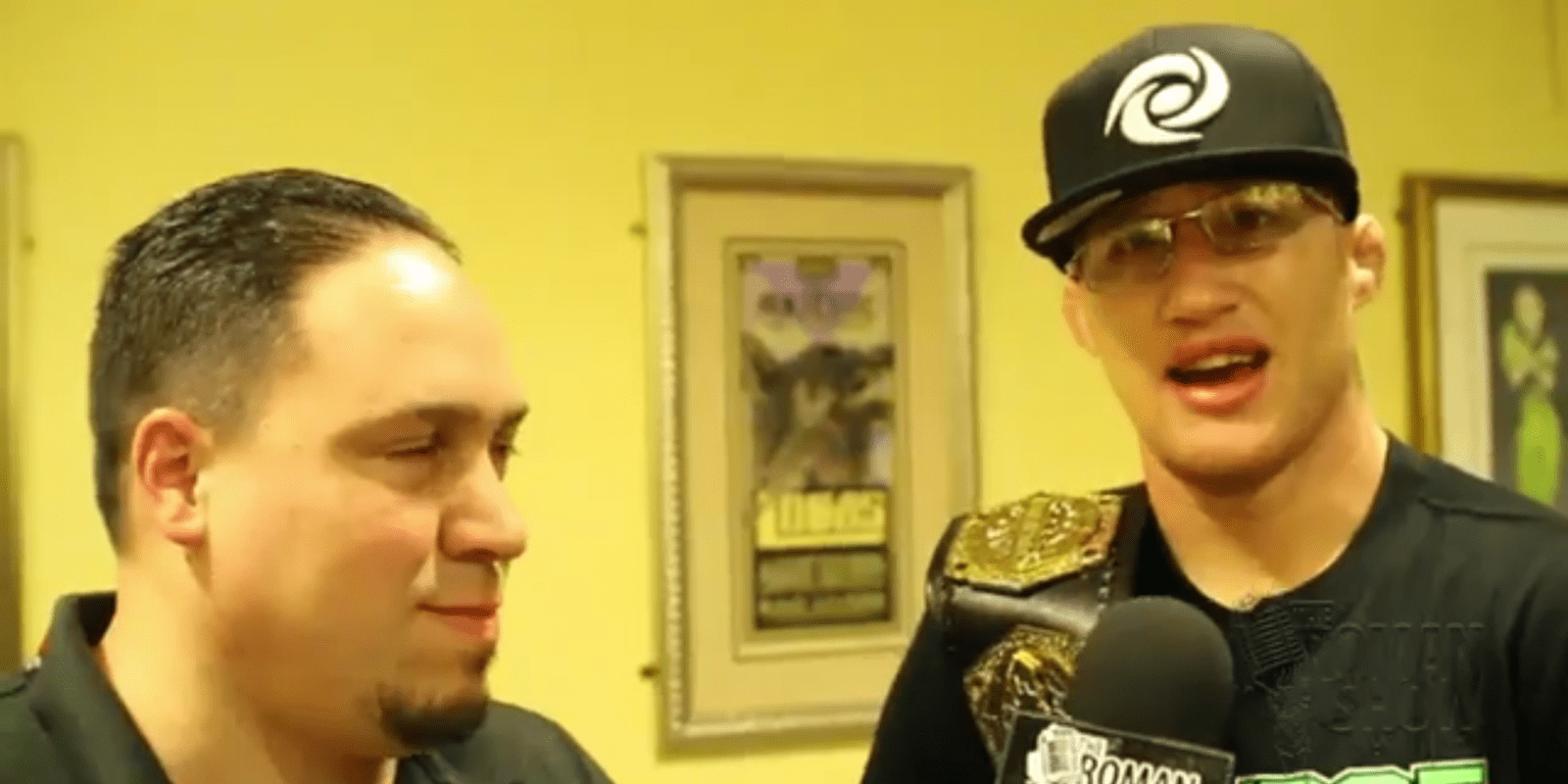 Inside the cage, World Series of Fighting light weight champion Justin Gaethje fights defend his title, but his next bout will take outside the decagon.

Gaethje is leading the way in helping a six-month-old baby fighting for his life. Jayne Wood is battling cancer and Gaethje along with the WSOF have stepped to help and raise funds.

Gaethje joined The Roman Show to talk about his good deed. Also, find out how you can help.

“My mom (Carolina Gaethje) asked if I can sign a poster or a shirt for a raffle for the little boy,” he told The Roman Show. “I decided to give her my fight glove. It was posted online. The World Series of Fighting wrote a story on their webpage and they also sent gloves and posters for a raffle.”

The boy lives hours away from Gaethje’s hometown of Safford, Arizona.

“I haven’t seen the baby, but I plan do so” he said. “I haven’t been home since I fought. I heard it the night I fought.”

Gaethje also opens up about his battles with Luis Palomino and his fighting style which critics have called it dangerous.

He also talked about his Hispanic side and more.