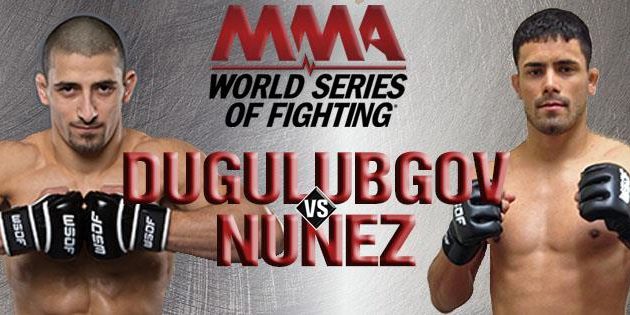 Invicta FC fighter Jodie Esquibel, World Series of Fighting Jonathan Nunez, former TNA Impact wrestling star Sonjay Dutt join The Roman Show.
Nunez puts his undefeated record on the line against the powerful Ozzy Dugulubgov, who trains with Renzo Gracie’s team in New York.
Find out what Nunez has in store for his opponent come March 29 live on NBC Sports live.
Esquibel, who commentates for Triple A MMA V: Redemption at the Rock, talks about the event and her fighting career in Invicta FC.
UFC fighters Thiago Silva’s attorney Scott Saul will keep us posted on the fighter’s case.
Former TNA Impact wrestler Sunjay Dutt talks about his match against John Morrison in a ladder match at CWF May 10 at the U.S. Century Bank at the Florida International University Campus.
This, plus FREE tickets to the Miami Marlins baseball season.