WSOF Champion Marlon Moraes Says The Title is Staying in the U.S. of A. 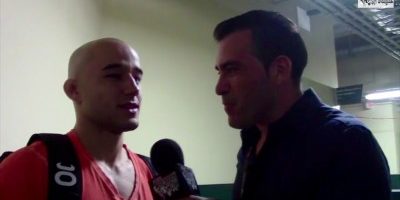 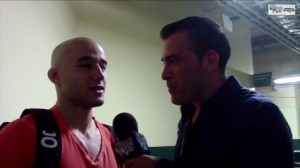 World Series of Fighting bantamweight champion Marlon Moraes (13-4-1) promises that his title will remain in the United States.

Moraes will travel to Canada where he will put his title on the line against undefeated Josh Hill (10-0) on the WSOF 18 fight card, which air on NBC Sports Network at 9 p.m. ET. February 12.

“It’s not going to be this time,” he said in an exclusive interview with The Roman Show. “I am the champion. The belt is going to stay in America with a Brazilian guy. The belt isn’t going anywhere.”

“I am ready,” he said. “I trained so much for this fight so bring it on. I’ll be fighting for his crowd but they will be happy because they will watch a show from me.”

It will be Moraes first trip to Canada. He defeated Josh Rettinghouse for the title last year. He credits his trainers for the long winning streak he has held since 2011.

“My trainers have been so patient with me,” he said. “If you work hard you will do well.”

Hill has been undeafted in his young career and made his promotion debut last year against Mike Adam. He defeated his opponent by way of knockout.