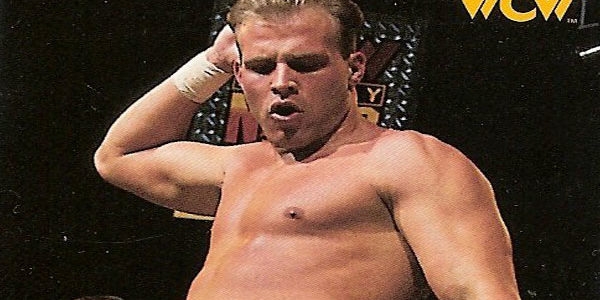 Rodolfo Roman
@romandh
It has been a little more than ten years since German wrestler Alex Wright, 37, appeared on American television exciting fans with his distinctive pre-match dance as he walked down the aisle to the ring.
These days, the former World Championship Wrestling Television champion is back home running his own school and promotion. He runs “The Wright Stuff” in Nuremberg, Germany, where he is teaching his experience to aspiring wrestlers. He also owns New European Championship Wrestling.
In a phone interview with The Roman Show, Wright, who lives in Germany, spoke about his recent venture, which has been his second dream.
“I use my experience from the states and use it here,” he said. “Most of the guys are hungry, but they need experience.”
In his country, there is a fan base for the sport he said.
“Germany has many independent promotions, but it is slow,” he said. “It should pick up next year again.”
Many promotions have a hard time putting money down for shows Wright added.
Wright has an extensive experience having started since he was 16-years-old. His father, a British professional wrestler, trained him. He was a one-time WCW cruiserweight champion and world tag team champion with Disco Inferno. Right before he left the states, he played the heel character of Berlyn, but it didn’t last long. There were changes back stage and WCW was bought WWE. Later, he appeared as his old character before WCW shut down.
“I really enjoyed Berlyn,” he said. “It was used at the wrong time and at the wrong place.”

He left the states as WWE didn’t buy his contract and a break was needed as Wright felt stressed and overwhelmed.
“I traveled a lot,” he said. “I was burnt out. I needed a break. I went back to Germany and saw my family. Traveling 350 days a year can take a toll on you.”
Wright might be thousands of miles away from the states, but he does keep in an eye on the current status of wrestling.
“It brings back memories when I watch wrestling from the states,” he said.
Wright also gave an opinion on the WWE’s route of the “PG” era. He believes the rise of mixed marital arts has hurt the sport.
“I understand the business,” he said. “Wrestling is a tough sport. The reason I think they went PG was to get a new group of fan base. The UFC is taking away fans. They might lose the hardcore fans.”
Several years in the sport could leave your body banged up, but he says he was able to take care of himself since he started young.
“I still could do the crazy stuff,” he said. “The question is how you feel the next morning. If you don’t listen to your body your body will tell you that you need to stop.”
He maintains in shape by doing 1,000 push-ups and squats.
When asked about rushing talent to television, Wright said it is a bad move. He recalls the old rule of spending about ten years in the independent promotions before going pro.
“It used to be in the old days you wrestled 15 years in the Indys, then finally you cut your break,” he said. “Now a days, you get a few months in the FCW and they have too much pressure and they can’t run with the ball.”
As for coming back to the states, Wright has been offered some appearances.
“You never know,” he said. “I get a lot of offers from promotions. I like the life style over there. I miss the states.”