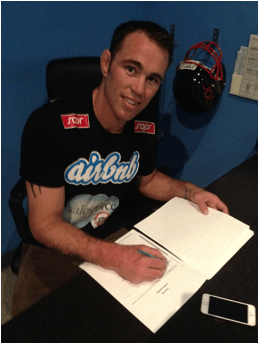 With the addition Shields, the World Series of Fighting welterweight division is now one of the best on the planet with WSOF welterweights Jon Fitch, Rousimar Palhares, Josh Burkman, Steve Carl and Gerald Harris.

The California fighter announced Thursday that he signed a multi-fight deal with the promotion and is expected to debut in the World Series of Fighting decagon in July. He will bring a 29-7-1-1 record into the cage against an opponent to be named shortly.

Shields is ranked as a top-10 welterweight by most authorities, and has built himself a hall-of-fame worthy resume in 15 years of professional fighting. The 35-year-old is a proud member of the ³Skrap Pack,² where he trains alongside some of MMA¹s best including Gilbert Milendez as well as Nick and Nate Diaz.

³I have so much to prove and I will become the WSOF Welterweight Champion,² said Shields. ³I¹m really looking forward to fighting at my new home with World Series of Fighting. I think that when you look at the WSOF welterweight roster that they have put together, there is no denying that they¹re housing many of the worlds best, and I¹m proud to be a part of that group.²

“Jake has been a top fighter in professional mixed martial arts for years now, ” World Series of Fighting President Ray Sefo said. “You know you¹ve got one of the best in the world when you sign someone who has won multiple championship belts and has strung together 15-fight win streaks over the talented fighters he¹s beaten. This kid is an extremely tough, proven warrior capable of beating anyone who stands in his way. I¹m extremely proud we were able to sign him and look forward to continue bringing fighters of this caliber to the World Series of Fighting.”