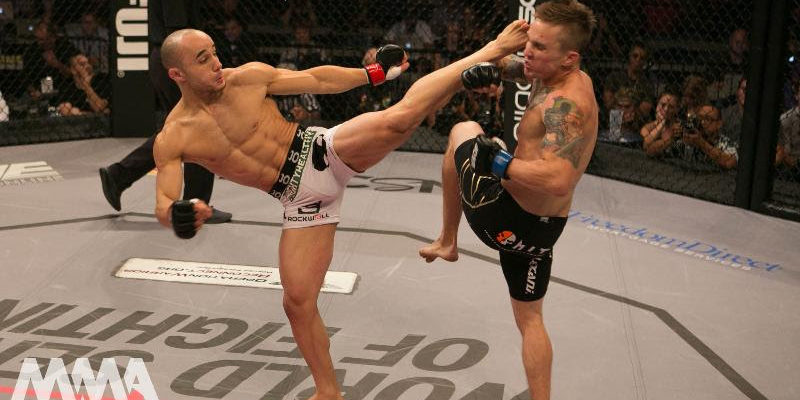 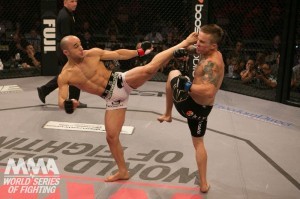 Brazilian fighter Marlon Moraes (12-4) has been patiently waiting for a shot at gold and he is getting a chance next month at the World Series of Fighting 09 in Las Vegas, NV.

On March 29, Moraes meets Josh Rettinghouse (10-3) for the inaugural WSOF bantamweight title live on NBC Sports. He said he has been training religiously to win. Moraes spoke about his upcoming fight with The Roman Show.
“I am getting better everyday,” Moraes said he is training with UFC fighter Frankie Edgar. “I can’t wait to get a title shot. I’ve been waiting to fight five rounds. It’s my show.”
Moraes has also trained with the Blackzillians down in South Florida. He said that he witnessed Rettinghouse’s last fight in person, which ironically took place in the sunshine state.
“I was in the locker room. I watched it. I remember. I’ve known him for a long time. I follow my fighters. He is a tough guy,” he said. “He wants the belt but I want it more. I am ready. It’s my time. I am going there and am going to get this belt.”
Moraes also added that he can’t pinpoint how the fight will occur but he is prepared for any arsenal his opponent plans on bringing.
“He is a good fighter. He could fight anywhere,” he said. “I am ready. I can’t wait for the fight. We can go to the fight, the ground, scramble its going to be an mma fight. I am going to prove that I am one of the best guys and get the belt.”
Moraes also speaks about working for the World Series of Fighting, new opportunities and more.