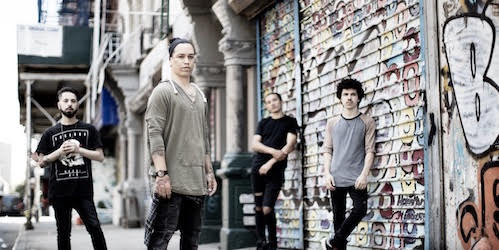 If the late Michael Jackson were to sing in a heavy metal band, how would it sound? VRSTY has the answer.

Last year, the group released the Lights EP and Blck and Blck Deluxe.

Varela spoke to The Roman Show and says he pays homage to legendary pop singers in his group’s music.

“I grew up listing to Eminem and Michael Jackson that’s where my singing comes from,” he said. “I listened to a lot of pop music; I noticed that in that genre of music they reference other musicians.”

Taking Metal To a New Direction

He later said,” They do callbacks and I don’t see that much on metal. So I said I want to that.

SiriusXM Octane has been playing the band’s latest hit Massive and their latest single Shameless has a new video out now.

Thanks to the legends, Varela said he wouldn’t have known of his signing talent.

Furthermore, he said, “It is a good to pay homage to the artist that inspired you.”

One of his goals is to have metal reach out to more places.

“Music has to branch out if you stay on one thing it’ll never grow but if you add different styles it becomes more accessible to other people.”

In light of his background, he wants to insert Hispanic music into heavy metal.

Spanish songs have been recorded but he said he doesn’t know when it will be available for the public.

A full-length album has also been recorded but a date hasn’t been determined.

On Spotify, the band has tallied over two million total streams with the most popular tracks being YOU & I.