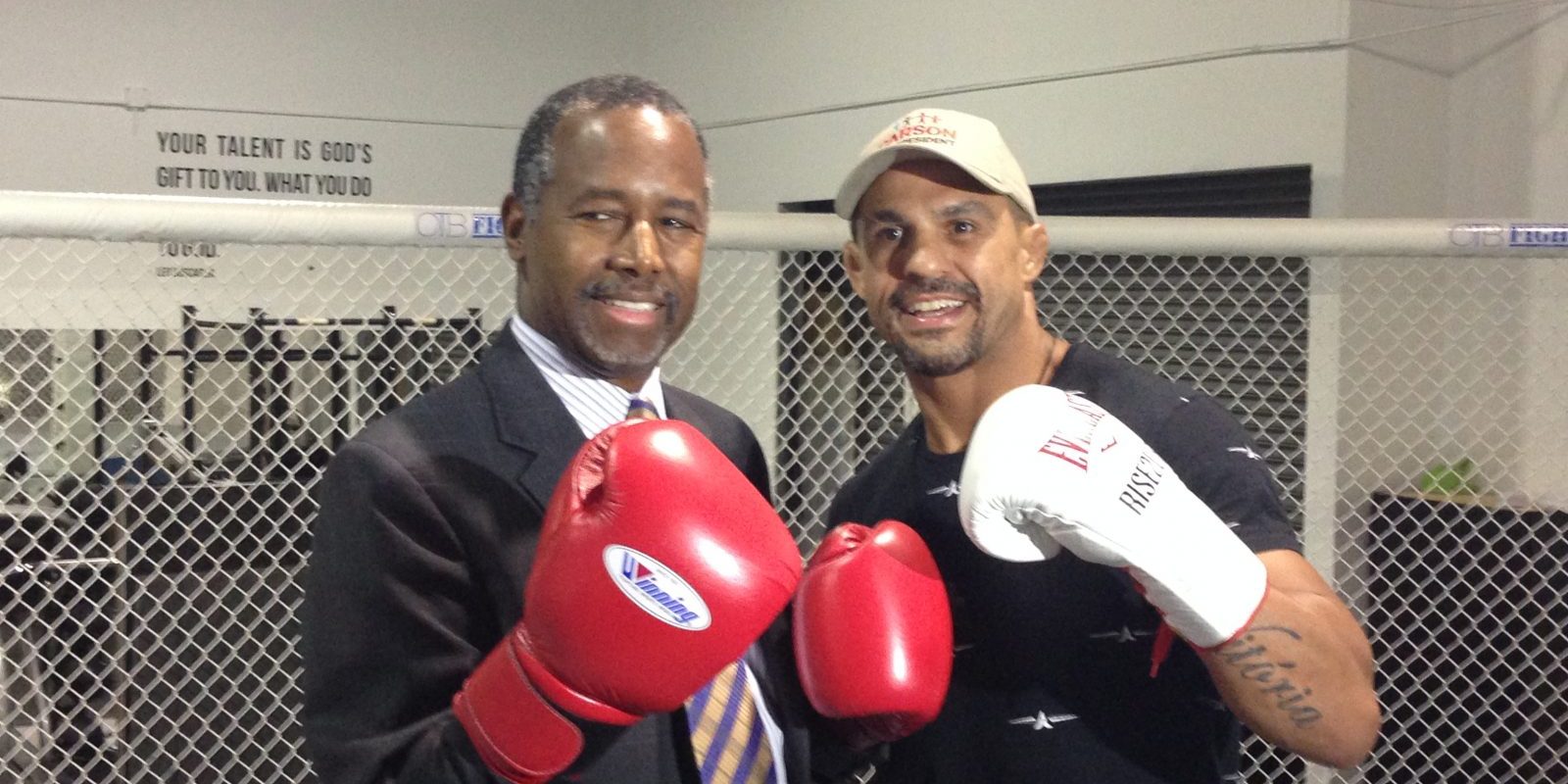 GOP presidential candidate Ben Carson stopped by to visit Carson at the OTB gym in Coconut Creek before the neurosurgeon appeared at this week’s Republican presidential debate.

Belfort spoke to The Roman Show right after the meet and greet.

“My team and his team have been talking about having similarities in our morals. We support people like him,” he told Fox News Latino. “They are willing to come out and take a stand and support the road that he has in front of him. We believe him. He is the right guy for the job, chair.”

During the meeting, Belfort, a Christian, handed Carson a copy of the motivational book, he wrote titled, “Vitor Belfort: Lessons of Guts, Faith and Success”. He said he advised Carson that his biggest fights, weren’t inside the cage, but outside.

Belfort meets Henderson for the third time. Both fighters have a win over each other. The most recent fight between both was back in 2013, where he won by technical knockout in the first round. The November 7 fight will serve as a tiebreaker.