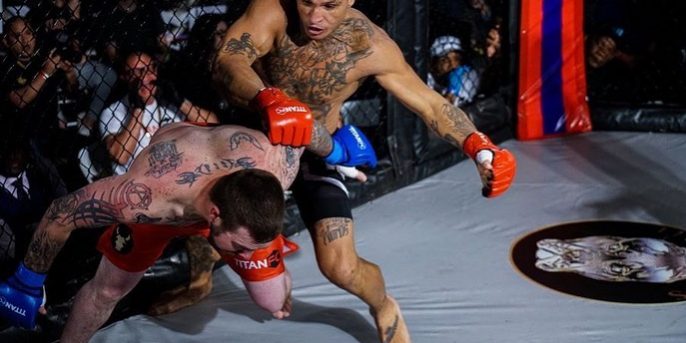 Titan FC’s Ulysses “The Monster” Diaz is ready to step in the cage or squared circle.

The Miami fighter is coming off a victory at Bareknuckle Fighting Championship against Brian Maxwell. Late last year, he made his mixed martial arts debut and also come out with a victory in less than a minute.

The former backyard brawler and boxing champion says he is ready to compete.

“We are waiting,” he said. “We might fight for Titan FC in Dominican Republic or another Bare Knuckle fight on May 16 when they come down here again.”

He said fighting in his blood.

“I love fighting,” he said. “I love combat sports. I am trying to leave a legacy and set records here so we are on the way.”

He recently traveled to Dominican Republic and attended a Titan FC event where he was introduced to the Caribbean fans. He said he has a positive outlook on life and his career.

“It doesn’t matter where you come from, you can change a negative into a positive,” he said. “That’s what I am living right now.”

In the interview, he also talks about his relationship with UFC title contender Yoel Romero.

“I know Yoel from before he comes to all my fights,” he said. “He is great friend of mind it let on its on.”

Moreover, Diaz talked about his presence with Hollywood as he recently appeared in a Super Bowl commercial with the likes of recording artist Pitbull.