UFC’s Yosdenis Cedeño Sends A Message To Cody Pfister: “Enjoy it! It will be your last.” 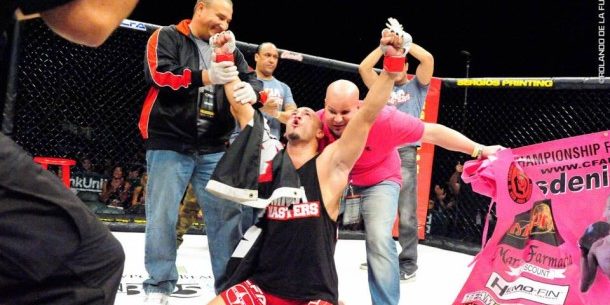 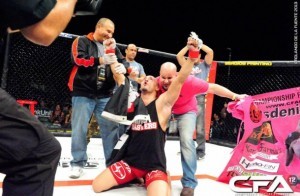 UFC Cuban fighter Yosdenis Cedeño (10-4) finds himself in good spirits for his upcoming fight after suffering a loss in October, but this battle is more than just a combat.

Cedeño faces Cody Pfister (11-4-1) on this weekends major UFC 189 fight card on pay-per-view at 10 p.m. Both men will be part of the undercard, which will air on UFC Fight Pass. The night will have Conor McGregor vs Chad Mendes for the interim featherweight title and Rory MacDonald will face champion Robbie Lawler in the co-main event.

But Cedeño, who joined us on The Roman Show, is more than excited to compete on this major fight card.

“I find myself in happy and excited,” he said. This is the sport I want and thanks to the grace of God I am doing good things. I am going to be on the best card in the world.”

Hear the complete interview, below. (The interview is in Spanish)

The Cuban made his name in South Florida competing picking up a 9-2 record. But in his last outing in the octagon, he came up short and now has a 1-2 record in the UFC.

The fight between him and Pfister has become more than just in search of a victory. His opponent has taken to social media and has taken personal shots.

“This guy’s mouth is full of worms. He isn’t professional,” he said. “He put his wife versus mine. I don’t agree with the social media stuff. My thing is to participate and win. I will finish him.”