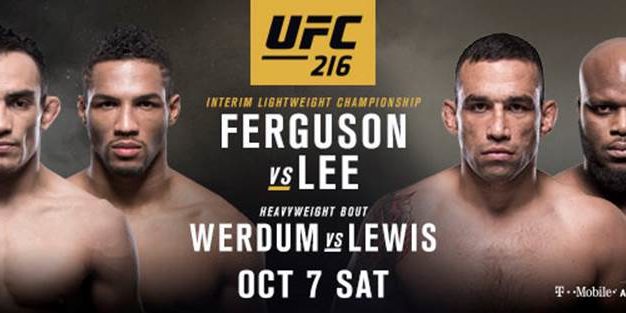 The UFC’s Pearl Gonzalez (6-2) is fighting with a different mind set as she is set to make her second appearance inside the octagon against a new comer.

Gonzales will meet Poliana Botelho (5-1) in Las Vegas, NV at UFC 216 this Saturday, October 7. She spoke to The Roman Show prior to her fight.

Ironically, both fought for the Xtreme Fighting Championship (XFC), but will be the first time they duke it off. She has respect for her foe.

She said she feels good days away from her fight.

“I am amazing,” she added. “I’ve had a nine week camp. I am ready to get in there and show myself. The last fight I think I was caught in the moment. I want to take advantage this time and show what I have.”

Gonzalez says she has been working with mental aspect of fighting. She made her debut earlier this year where she felt the butterflies.

“I did,” she said. “I was ready and focused when the moment came. The lights were bright. Ring announcer Bruce Buffer was amazing. I think I got lost in the moment. I wasn’t focused and mentally sharp. I came back home and thought about what I did wrong. I’ve been working on what I needed to change. I needed to see who I am as an mma fighter.”

Hear the complete interview where she shares her thoughts about the current UFC straw weight division, music and more.