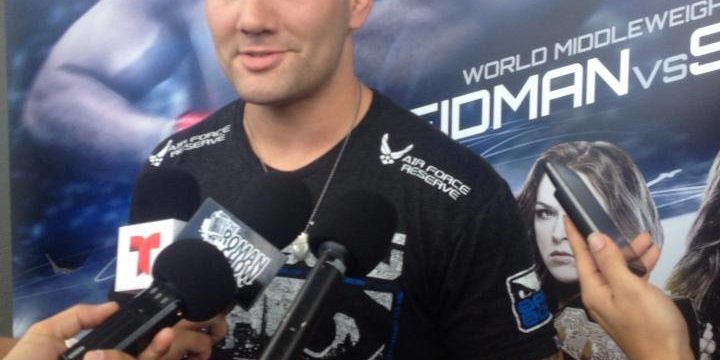 UFC middleweight Champion Chris Weidman said he is ready for the rematch against Anderson Silva; not bothered by critics; workout is a tiring; excited for Brazil and more.