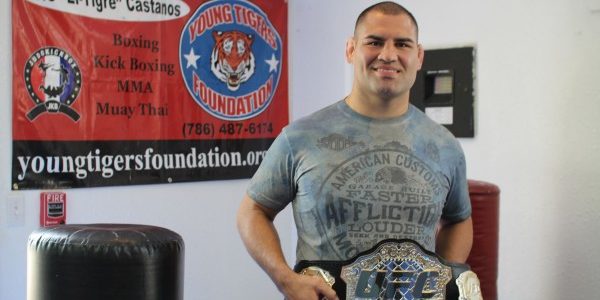 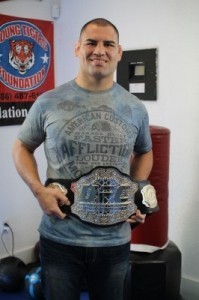 Velasquez returns to the octagon against interim heavyweight champion Fabricio Werdum (19-5-1) on June 13 in Mexico City part of the UFC 188 pay-per-view.

In an interview with The Roman Show, Velasquez noted Ronda Rousey’s star power and spoke about a possible run in professional wrestling.

“Not anytime soon. I am focused on this fight,” he said. “Let’s see what happens on my career in fighting.”

He later added,” I can never say ever. We will just have to wait.”
But before ever thinking of jumping in the pro wrestling ring, the champion who returns to action after injury say his sights are set on Werdum and unifying the title.

“He is a guy that is always improving,” he said of Werdum.

Velasquez witnessed when Werdum won the title last year when the UFC debut in Mexico.
“The whole fight I thought Mark Hunt was winning the fight,” he said. “But what impressed me is that Fabricio is always dangerous,” he said. “He was losing and he come out with the knee and won the fight. He is a guy that does everything well.”
The champion also talked about Rousey.

“She is doing great,” he said. “The number one thing is to win fights. That’s where you get your credibility. What she is doing for women’s MMA she is the face of that. I see her star power rising from that.”