Tyler Dennen of Sworn In Talks Festivals and New Album 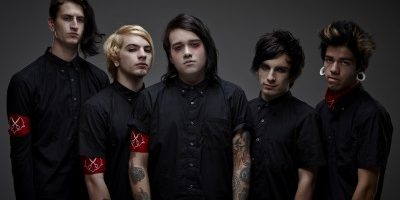 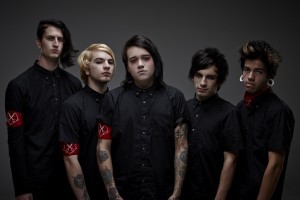 Heading into the rock festival season, lead singer of Sworn in Tyler Dennen shares his thoughts on performing in front of a pool of people or a small venue.

In an exclusive interview, The Roman Show caught up with Dennen, whose band is getting ready to hit the road part of the Rockstar Energy Mayhem Festival, which kicks off in California. Four tour list, click here.

“Festival tours are 15 to 20 times bigger. There’s a big difference,” he said. “The venues are helpful and the staff is professional. It is different than doing a headline tour as opposed to a festival. It puts you in front of a large crowd.”

The band just recently toured with The Plot in You, I Declare War and Gift Giver. He said there is a major difference in regards to crowd size. The band toured in support of their latest album The Lovers/ The Devil.

Last year, Sworn in toured Europe for the first time. He shares his thoughts on the tour.

“It was my first time,” he said. “It was a humbling experience. We were headlining and the bands were kind of small. It was like we started all over again. We didn’t have a lot of sleep. We played in Austria where three people paid and in Budapest over 300 people paid.”

To hear him talk about a country he has dreamed to perform in and what new music they are working on, checkout the interview, now.