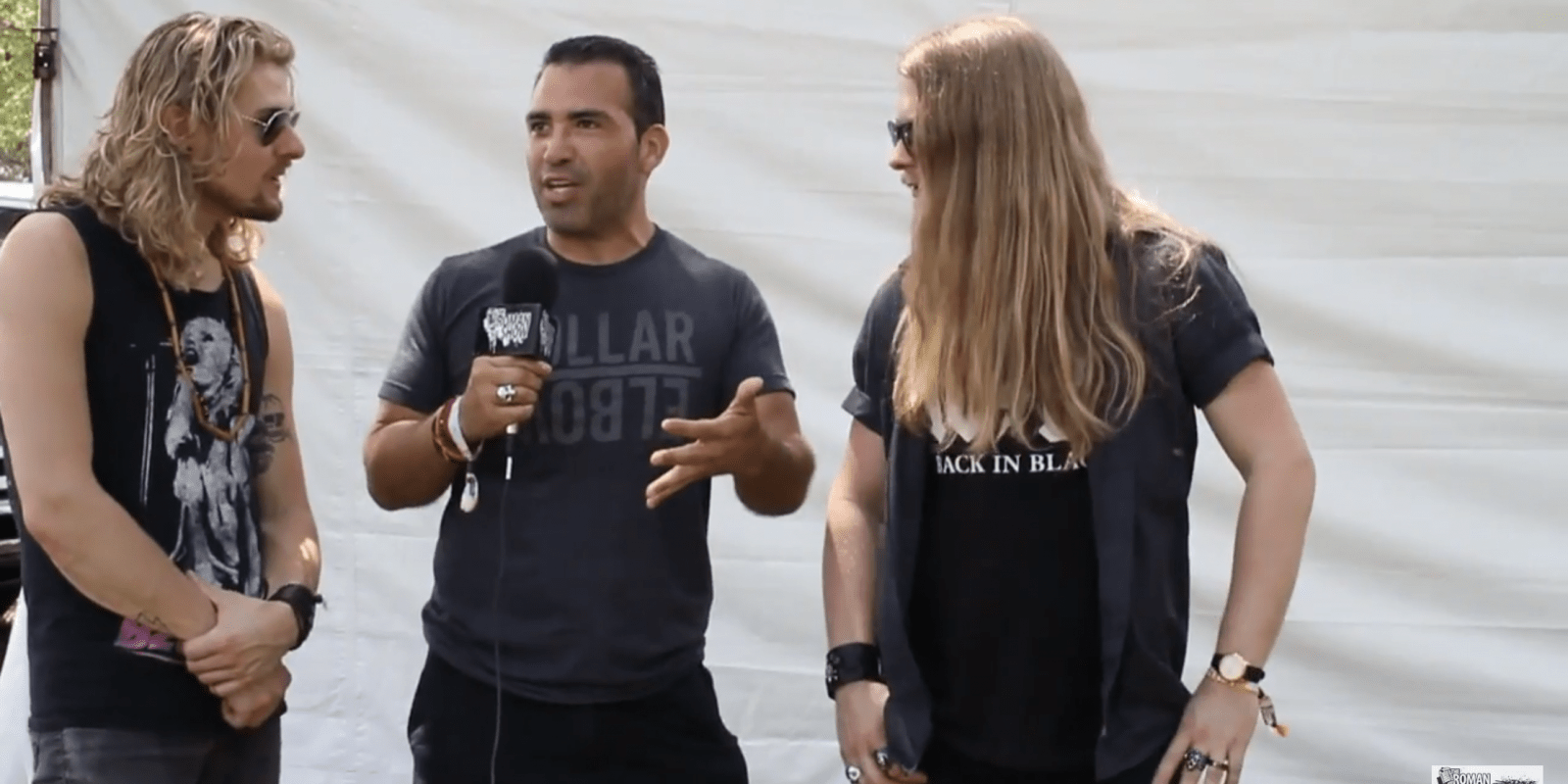 Nashville rock band Tyler Bryant & The Shakedown’s Noah Denny says the band avoids using any influences from country despite being from the musical genres capitol.

The Roman Show caught up with the band right after their Fort Rock Festival performance in Fort Lauderdale, Fl.

Noah Denney said the band stays away from being influenced by country.

“I avoid it at all cost,” he said. “There is some good country coming out of Nashville, (like) Chris Stapleton. There’s good country, but a lot of it isn’t my cup of tea.”

“It’s a special record for us,” said Caleb Crosby. “We did most of it on our own with the help of some of our friends. It’s been great hearing people giving us feedback.”

The band has been touring with top names like Guns N Roses. Crosby said they have had a chance to speak to the legendary musicians.

“Axl is a great guy. He gave us a huge opportunity,” he said. “We met with him when he was signing with AC/DC. The first time we hanged out with him he said ‘I like you guys you are the first opening band I haven’t had to ignore’. He said a couple of other words. They are all good people. We are just grateful for the opportunity.”

The band also talks about their favorite music to play on stage, lyrics and more. Watch the video interview, now.