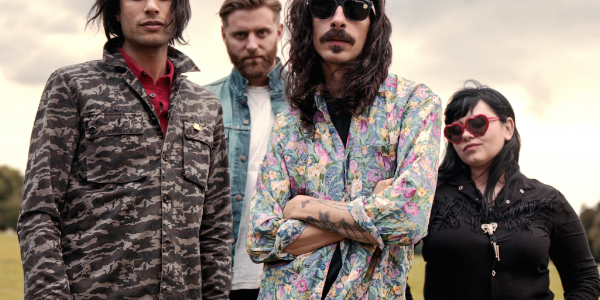 TurboWolf released their third record earlier this month and it is available for purchase and stream. Frontman Chris Georgiadis joined The Roman Show to talk about the groups new music. The Free Life was released on So Recordings. The band will be touring with Royal Bloods this summer and will be stopping by Revolution Live in Fort Lauderdale on June 11. Tickets are on sale.

Georgiadis said the new music is an opportunity for fans to hear new sounds.

“Expect interesting riffs, interesting noises, soundscape, and it is just a good way of getting rid of that excess energy you might have,” he said.

The band is being acclaimed from legends such as Sir Elton John.

“Turbowolf. Fabulous!”, he said, according to an Atom Splitter Press Release provided.

Prior to the release of the record, the band released a couple singles including Domino. Georgiadis describes the meaning behind the lyrics to the song.

“I write to what I like to leave open to interpretation,” he said. “We like it that way. I think it’s a mean to take away the intrigue as to what the song might be about. If that what it means to you then yes. It is a case of each person can take away their own meaning, but that is a valid one. It is about being together and having pity things not divide us.”