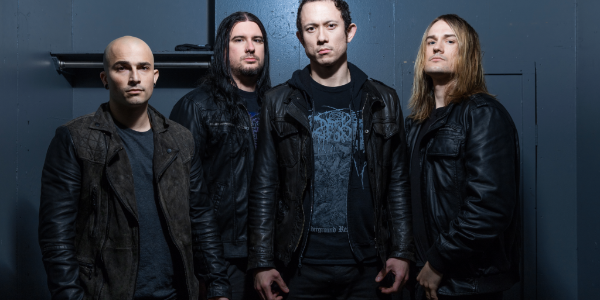 For Orlando’s Trivium, communication is the key when producing new music.

The band’s lead guitarist Corey King Beaulieu spoke to The Roman Show during the Fort Rock Festival in Fort Myers this past weekend about how the Trivium produces new music.

“Matt Heafy, Paul Gregoletto and I, we talk a lot. There’s a lot of communication,” he said. “We plan ahead. We are good with our planning; we are hands on. We have a creative vision. With this record we wrote till we had the right song and felt we’ve nailed it to our bullet points. We know what our sound is. We push ourselves to use the elements to find something new.”

Trivium is currently on the road with Sevendust.

The band realized Silence In The Snow last year and they are hitting the stage performing some of the favorites.

“There’s a limited time on these festivals, but on the regular shows we play songs from the new record and mixing,” he said. “The new stuff is good to play because we haven’t played it a thousand times. We had a radio single that cracked the top ten. It has expanded our reach and people are now familiar with us.”

He also talked about what the band does when they aren’t on stage, but on tour.

“We have a workout gear we take out.” He said. “On normal shows we try to find a good place to eat and some of the crew guys; we find a pub bar and have some drinks before we roll out of town.”