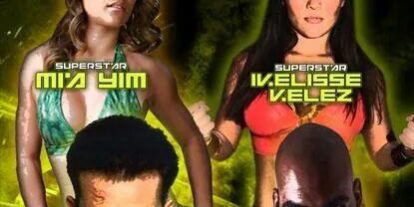 ECW legend and former WWE Tommy Dreamer says he hired one of the wrestlers recently released from the WWE and gives advice to those affected and talks about TNA Imapct Wrestlings Dixie Carter.

In an exclusive interview with The Roman Show, Dreamer said he introduced Brodus Clay to the WWE. Dreamer will be part of Former ECW wrestler’s Pablo Marquez’s promotion CCW event June 21 in Coral Springs, Fl.

“I hired Brody’s Clay into the wwe he is phenomenal,” he said.”I remember I met him at a bar where he was a bouncer. Him and I… There was a fight and I helped him out in the fight. That’s how we met. He wanted to be a wrestler I told him to go to wrestling school.There’s life after WWE.”

He later added,”Your not going to have a job forever it’s the nature of the beast,” he said.
“Some guys have a long run and yes they could have gotten a lot more out of them but it’s based on someone else’s opinion.”

He also spoke about gimmicks in ECW.

“In ECW the guys had extension of themselves,” he said.
“We had gimmicks but we weren’t gimmicks to insult people’s intelligence. A guy drinking a beer smoking a cigarette swinging a stick you would see at a bar. WWE have there own process.”

He also spoke about his promotion Hardcore of Hardcore, Dixie Carter, the current state of the wrestling business and whats needed.