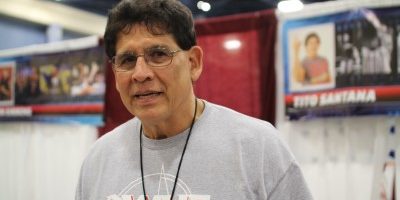 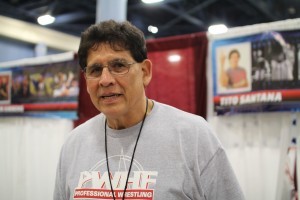 In an interview with The Roman Show at June’s Florida Supercon, Santana said it is time for a Hispanic to headline the big show.

“I hope so,” he said. “It’s hard for me to tell. Who knows how they decide these things I think I wasn’t utilized what they could have done with me.”
Santana had a long run in WWE teaming up with the Model Rick Martel and several individual accomplishments.

He said the WWE should focus more on Hispanics.

“It doesn’t look like the WWE is taking advantage of the Hispanic fan,” he said. “There are so many. Hispanic fans love wrestling. You can go down the line. Hispanic wrestlers are amazing in the ring. You can pick anyone.”

Santana, who is now semi-retired and a teachers said he would have liked to play the heel character in his career.

“When strike fore, Santana and Martel, broke up I asked Vince McMahon to be the heel but I guess they had it all worked out that Rick Martel was the heel,” he said. “But I always wanted to be the heel because they seem to have the most fun.”

He also talked about staying in shape to leave a long and healthy life after wrestling.