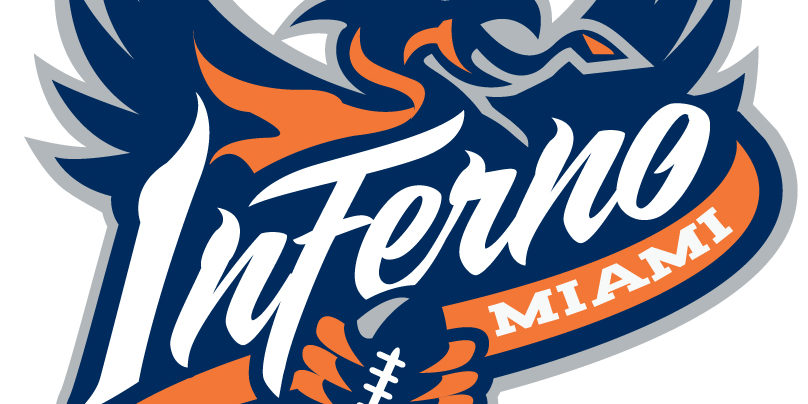 Miami–Are you ready for some football?

While the NFL Draft took place just last week and the actual season won’t start until September 4th, you won’t have to wait that long to see some action on the field thanks to the Ultimate Indoor Football League.

The Miami Inferno, the UIFL’s newest team, spanked the reigning champion Florida Tarpons in Ft. Myers last week, a 58-35 drubbing in the team’s inaugural game. Running back Travis Glasford rushed for not one, not two, not three, not four, but five touchdowns for the day, powering the Inferno to the big win in the season opener. (Thanks for the inspiration, LeBron.)

Besides Glasford, Inferno Head Coach Pete Taylor thinks very highly of his players. When asked about the Inferno’s “Players to Watch,” Taylor listed just about every starter on both sides of the ball. You can listen to the interview here:

Fans of the professional and college football game will notice a stark difference between the traditional and the arena football styles. The arena game is much faster-paced than the NFL or NCAA, and coupled with the shorter field (it’s only 50 yards compared to the conventional 100 yards), the game has a smashmouth feel, not unlike the old NFL Blitz video games.

The Miami Inferno make their home at BankUnited Center. You can catch all of their home games on select Sundays at 5:05 PM. For their full schedule, check out their website at www.miamiinferno.com.