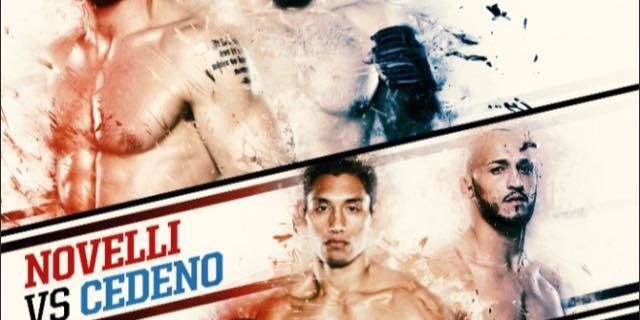 Titan FC COO Lex McMahon knows the mixed marital arts talent Florida has, so that’s why he is not wasting time in providing a platform for hungry fighters to show off their skills.
McMahon joined The Roman Show to talk about the upcoming Titan FC show at the Miccosukee Resort and Gaming April 30 airing on UFC Fight Pass. The main event features Steve Carol and Belal Muhammad in a battle for the inaugural welterweight title. For tickets, click here.

“Our company is based here,” he said. “There is amazing talent, top fight teams in Florida like the Blackzillians, MMA Masters and American Top Team. There’s just tremendous talent.”

McMahon knows talent well in Florida. He, Jeff Aronson and MC Hammer were the head of Alchemist Management, which had several top fighters signed.

“We want to be a platform for experienced fighters that have been around, but we want the up-and-comers. We scout every gym and every place we can possibly find talent,” he said.

This weekend’s fight card is just one of many which will be held here in South Florida.

“We will have six shows, which starts on April 30,” he said. “it will end in December then the rest of the shows would be at the BankUnited Center in Coral Gables.”