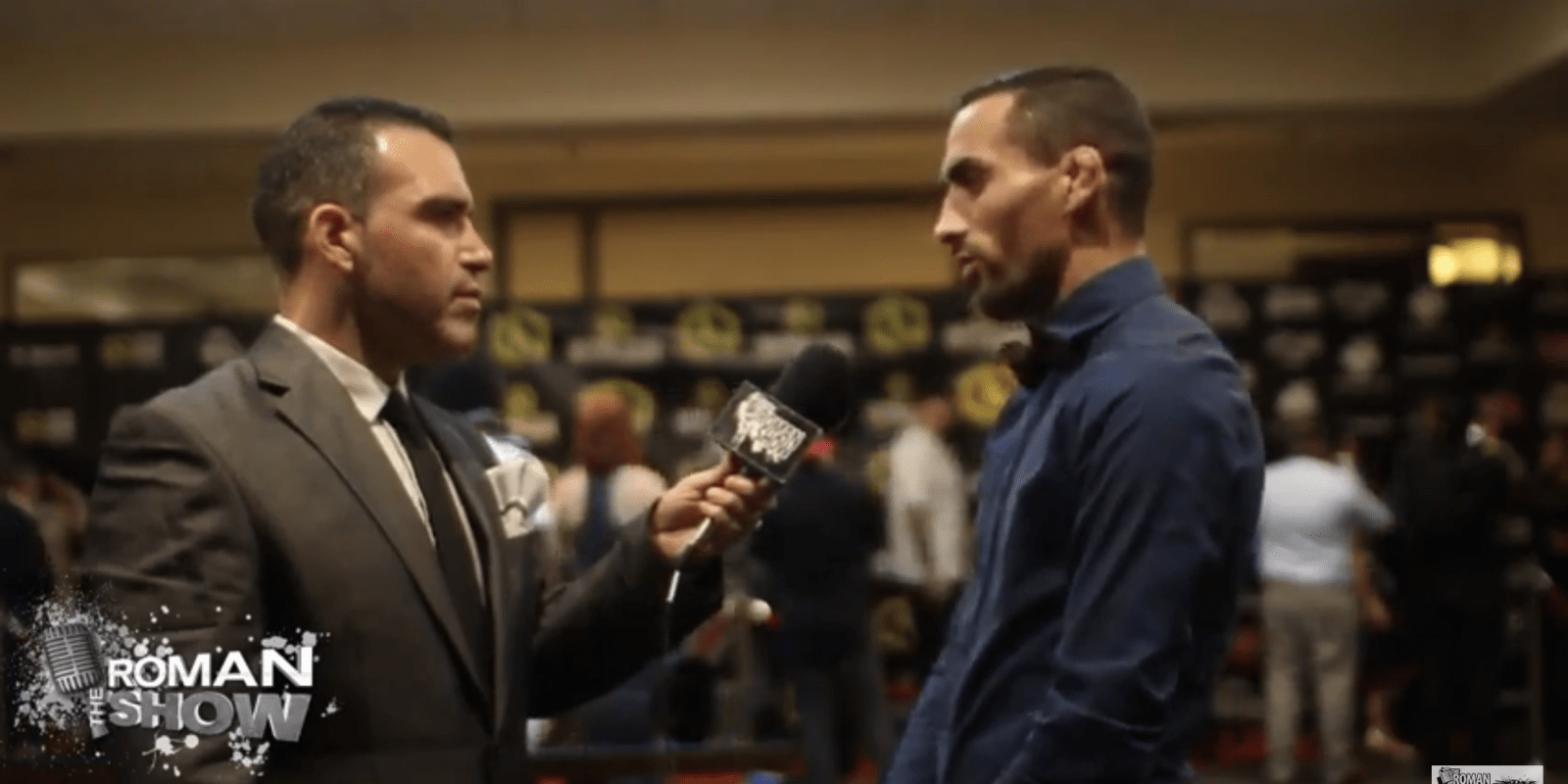 The Roman Show spoke to Juan Puerta at the 2018 Florida MMA Awards prior to his first title defense. The rematch main event fight takes place at the Xtreme Action Park in Fort Lauderdale, FL. The show starts at 7 p.m. and will air live on UFC Fight Pass. Tickets are on sale by visiting cagetix.com.

“I don’t think he really deserves it, but I am going to give it to him there’s bad blood,” he said. “it’s personal so we will settle it March 15.”

Both met in in 2018. Puerta knocked out Balart via flying knee in the third round.

Watch the video interview below.

In January, after Balart’s first knockout victory, Puerta stepped inside the cage for the face off, when fireworks erupted.

“I didn’t like how he tried to grab my belt so I tried to show him don’t touch my belt and he freaked out. But that’s Balart he is emotion,” he said. “He lets his emotion get the best of him.”

Puerta wasn’t surprised with Balart’s January victory. Balart knocked out Wascar Cruz in the first round at 20 seconds January 25.

He said there are challenges preparing for him.

“It’s hard to prepare for him even in the fight it was hard to adjust,” he said. “When you throw punches, he gets underneath it.”