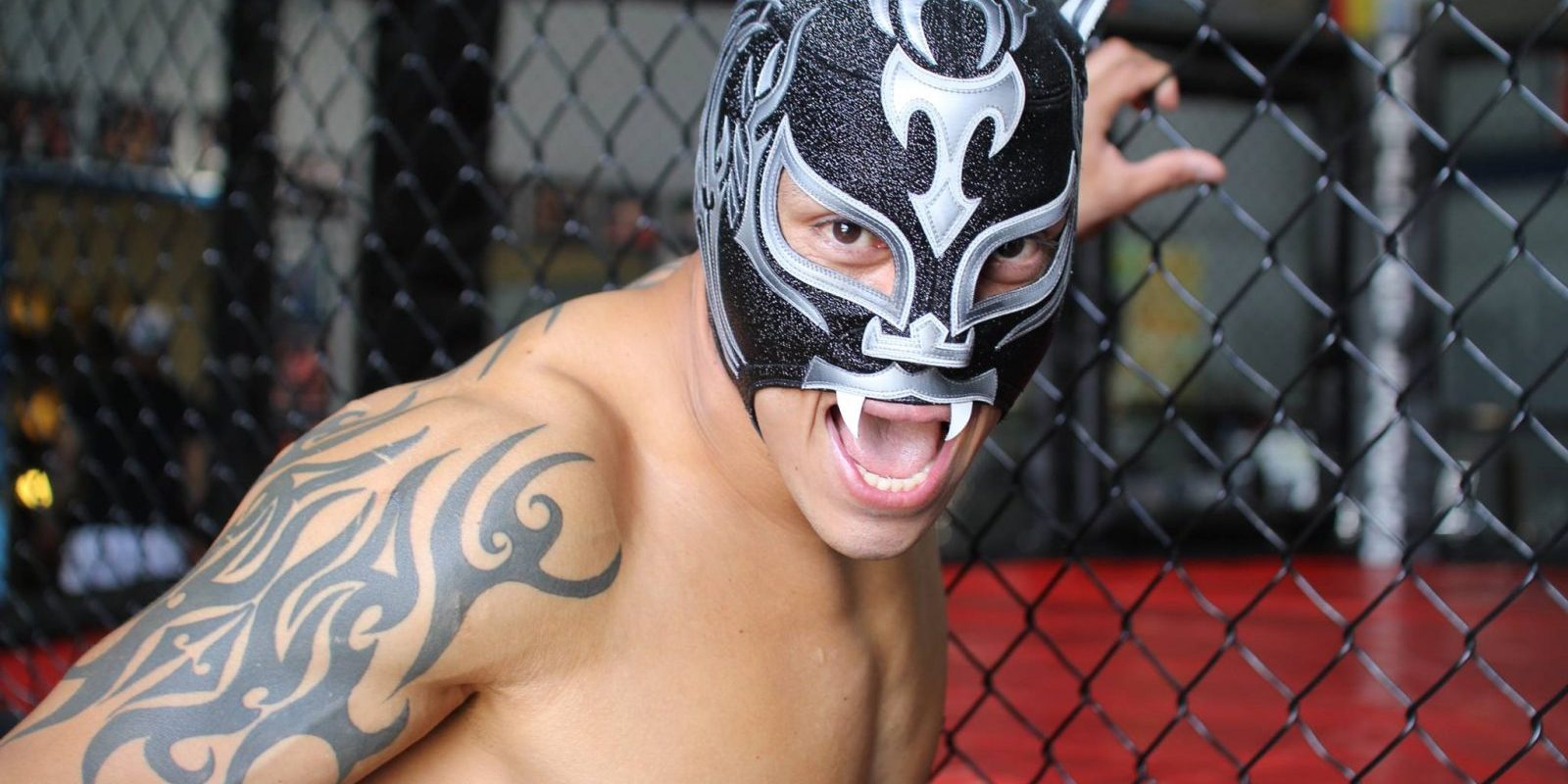 Known for his extreme lucha liber style, Tigre Uno continues to make an impact in TNA Impact wrestling since he made his debut in Miami.

Sunday, he will compete in a six man ladder match for the X division title proving he is more than just a masked wrestler. He will compete in the match Sunday, June 15, part of the Slamiversary on Pay-Per-View against Manik, Davey Richards, Eddie Edwards, Crazzy Steve, Manik and the champion Sanada. For information visit http://www.impactwrestling.com.

In an exclusive interview with The Roman Show, Tigre Uno said he is used to this style of wrestling.

“People know of my lucha style and I’ve included it in my career to have extreme matches,” he said. “I’ve had several experiences in ladder matches. I have an advantage.

Tigre Uno made his debut earlier this year against Manik in a cage match part of TNA Lockdown in Coral Gables.
He said he is looking forward for the different styles that will be present Sunday.

“Wrestling is universal,” he said. “We need to have several styles. The experience will show up when you face people of other styles.”

He said of the men he hasn’t faced so far in TNA, he would like to work with two particular stars.

He also talks about liking TNA Impact wrestling visiting Mexico, his experience in the company and more.