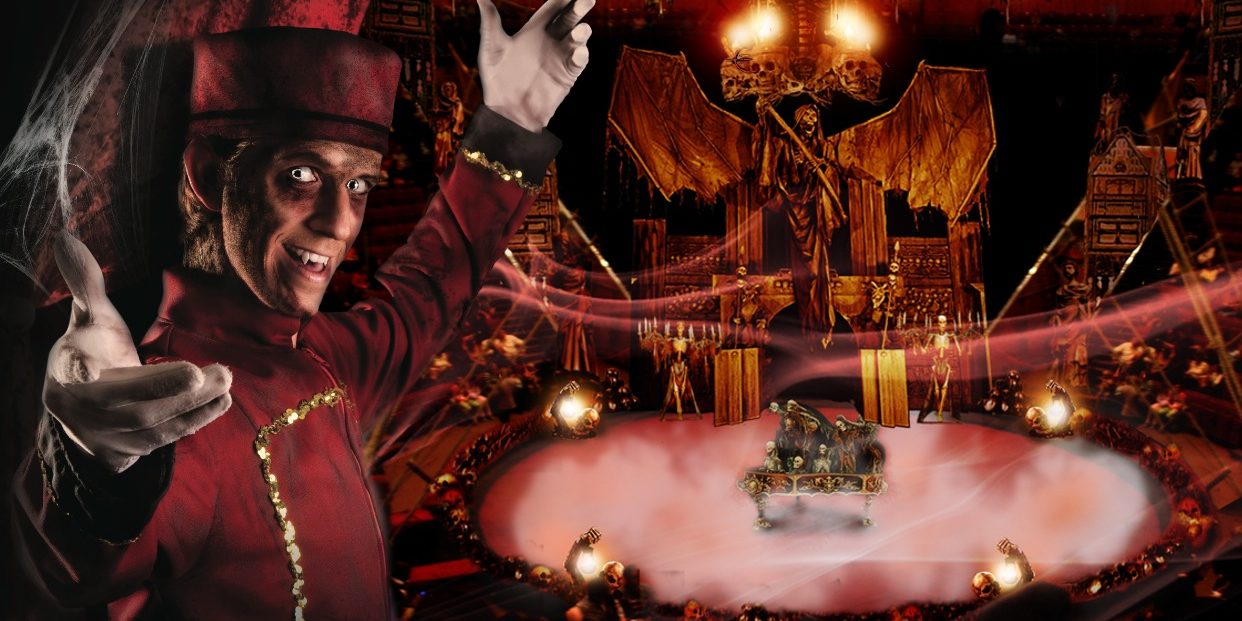 MIAMI – October 2012 – Lock your doors, secure your homes, beginning October 18, The Vampire Circus will release an army of vampires into Miami and transform Downtown Miami’s Bayfront Park into a haven for the beautiful and seductive creatures of the night until Halloween, October 31. At The Vampire Circus, spectators will witness a world filled with super natural Circus performers, terror and suspense, enchanted magic and comedy that will leave them dying for more and an exotic ambiance of panic and fear that would make Tim Burton proud.

The Vampire Circus is a phenomenal night of live entertainment, based on the multidisciplinary skills of 30 world-class artists showcasing theater, dance and gymnastics. All of which push the physical boundaries of human performances and leave the audiences amazed and astounded. The cast is an eclectic mix of professional entertainers featuring the cream of the crop that includes the most renowned clown in the world “Slava the Clown,” magicians trained from the original folklore, world champion acrobats and gymnasts recruited from the top acrobatic clubs across the globe who have achieved Guinness Book of Records fame.

The show is inspired by the magical and captivating allure of legendary traveling carnivals. Set in Bohemia during the 19 century, Count Dracula contemplates a plan for world domination, when he decides to open a traveling circus with his gypsy bodyguards. The Vampire Circus is a perfect cover-up to travel unnoticed and unleash Dracula’s world reign of terror and turn all humans into an army of vampires for global dominance. A good nightmare of this kind comes so rarely…

The Vampire Circus will bite Miami this Halloween in the heart of the Downtown area where the mysterious Big Top will take haven at Bayfront Park from October 18th through October 31st. Regular Vamp performance days are Tuesday through Friday at 8 p.m. In addition, Saturday shows at 8 p.m. including Sunday shows at 5 p.m. Tickets are available online at our bloody page www.thevampirecircus.us.

Prices range from $20.00 to $100.00 for children and adults. VIP Vamp experience is available depending how far spectators want to sit from the vampires or how much blood they want to donate. The show is recommended for children 8 years of age and older. Please leave your toddlers at home as most of the show is not suitable for them. The show is protected by vampire security, which permits no costumes or masks. For additional information visit: www.thevampirecircus.us, be social on Facebook: www.facebook.com/thevampirecircus or follow us on Twitter: www.twitter.com/ vampirecircus_, #VAMPIRECIRCUS.
###

NOTE: The producer wishes to assure the audience that not one vampire was hurt in the making of this show.