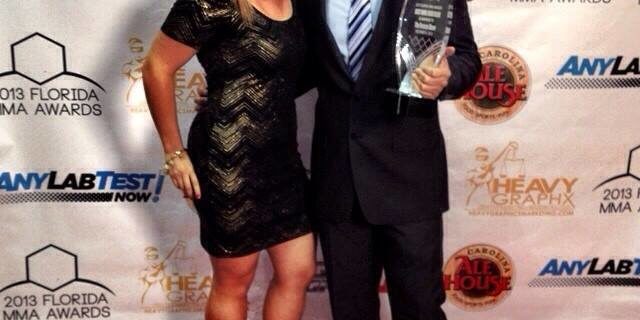 The Roman Show won the Florida MMA Awards Best MMA radio for 2013. Thank you to all of those who voted. Pictured are Rodolfo Roman and Catherine Llorens.