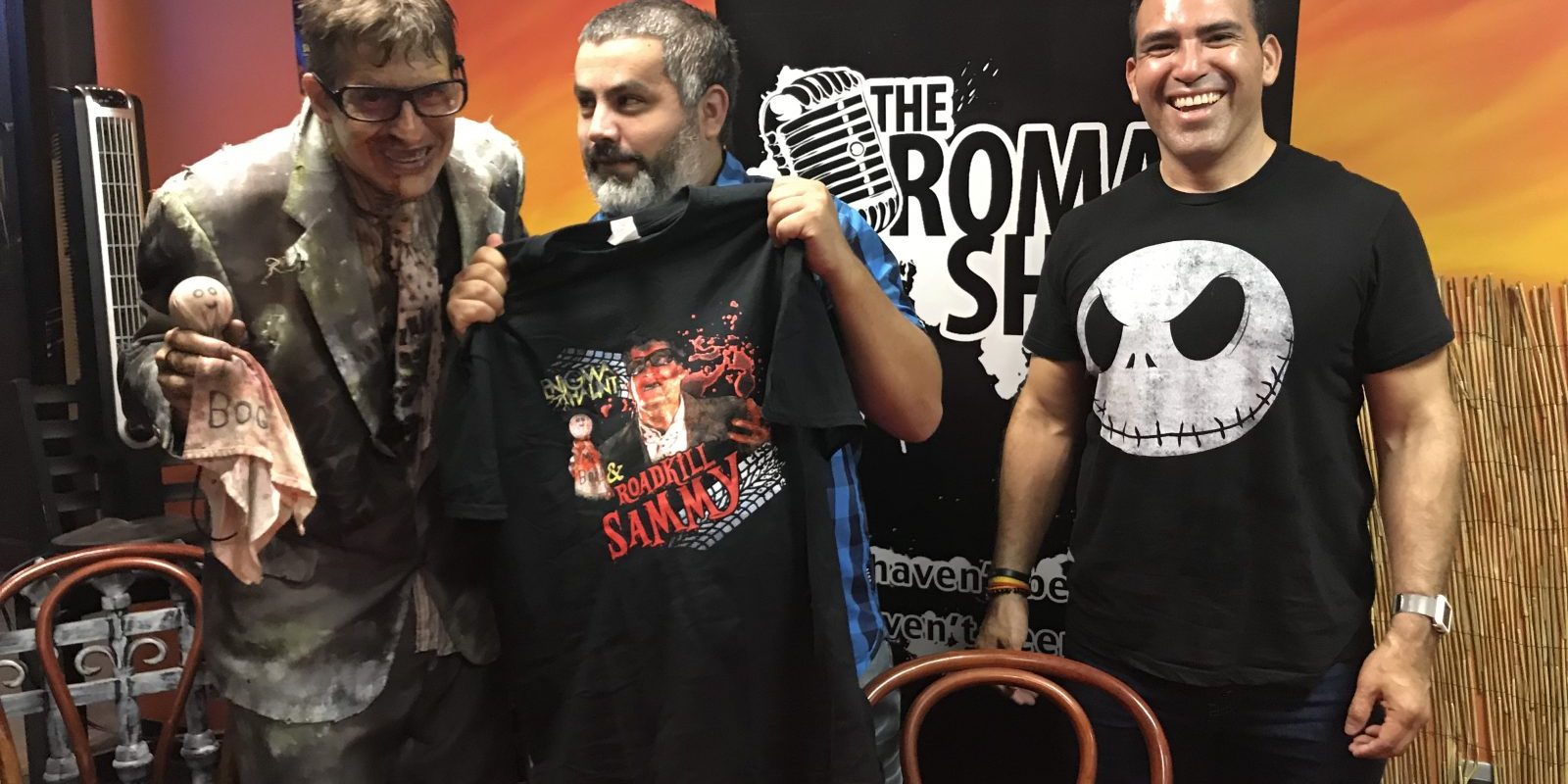 The Roman Show went live from the annual Halloween Haunted House Enigma Haunt.
Host Rodolfo Roman and co-host Jorge Alonso broadcasted on Facebook Live and were met with interesting characters from the Enigma Haunt such as Sam and Molly. Tickets on sale here. Tickets start at $25.

Enigma Haunt is located at 1751 N. Military Trail in Boca Raton, Fl. It runs through Halloween night, October 31. It features the attractions Cursed and Twisted Mayhem along with new demented dimensions in Realms of Terror. In it’s seventh season, the attraction features new characters and creatures that are guaranteed to scare your bones.

Enigma Haunt spans more than 20,000 sq feet along two floors strategically built to provide the ultimate experience with intense details and set design. There are nearly 100 trained actors, a professional makeup and costume team and integrated state-of-the-art special effects that test each of the five senses.