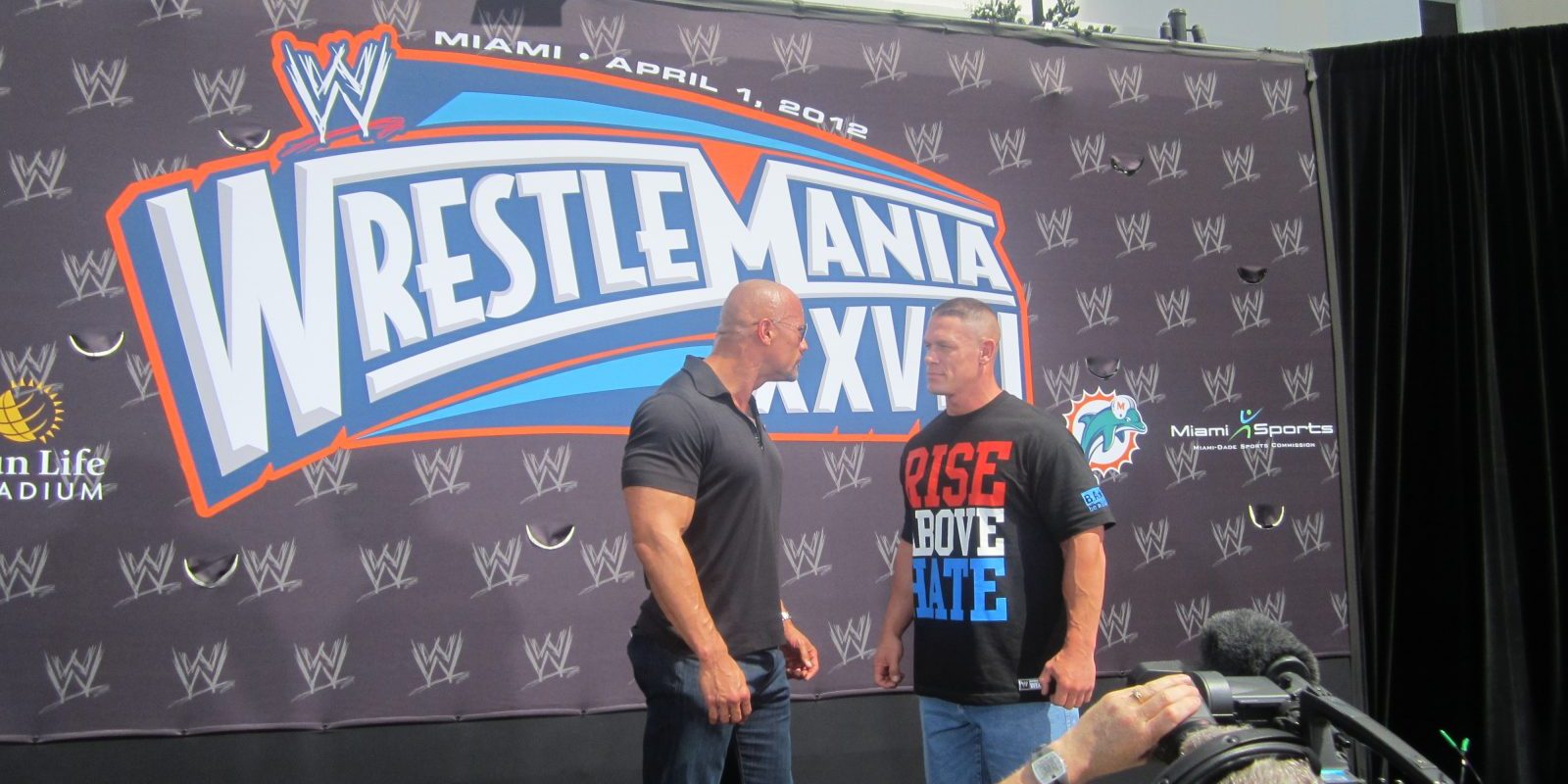 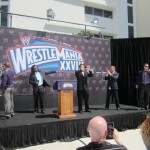 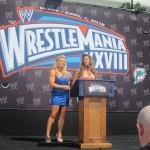 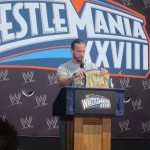 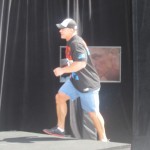 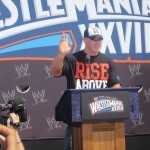 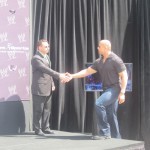 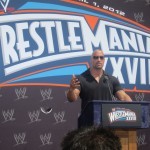 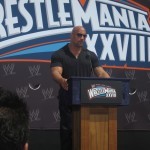 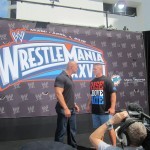 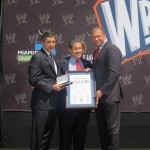 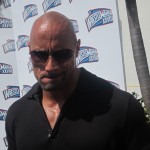 Wednesday of Wrestlemania 28 week in Miami
The Roman Show was in full force during the Wednesday of Wrestlemania 28 week. We attended the Wrestlemania 28 press conference at the Eden Roc in Miami Beach, where the superstars of the WWE universe spoke to the press. The most anticipated match in WWE history between The Rock and John Cena had the crowd on it’s feet. Both men were humbled and stated the best was yet to come on April 1. Our photographer, Catherine Llorens was able to capture several shots of the press conference. The Roman Show also had the opportunity of interviewing WWE former champion John Cena and The Miz. Attorney and WWE wrestling superstar David Otunga had a few words to say about his first Wrestlemania appearance. Our cameras also captured footage of future WWE hall of famer Triple H and WWE champion C.M. Punk. Later, we stopped by the Colony theater in Miami Beach for the premiere of the film, “Girls gone dead”. Our crew conducted interviews with WWE hall of famer Jerry “The King” Lawler who is in the film along with Sal from The Howard Stern Show. Special thanks to Randall Villafana of Eloctagono.com.
Categories: LOCAL NEWS (MIAMI), MMABy romandhMarch 28, 2012Leave a comment
Tags: ecwmiamitnaWM 28wrestlemaniawrestlemania 28wwe