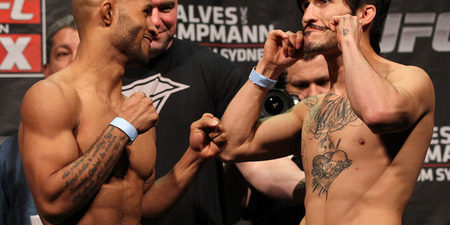 It has been six years since the U.F.C. last visited South Florida, but fans don’t need to wait anymore as the company will take over the week with the UFC on FX 3 at the Bank Atlantic Center in Sunrise Friday.
There will be several activities taking place throughout the week and you can count your money The Roman Show will be there to capture every moment. Starting on Wednesday with a special The Roman Show with interviews with UFC fighters and subscribe to our Youtube channel, rroman0201 for video interviews plus pictures on the website. Remember to follow us on Twitter @romandh #romanshow.