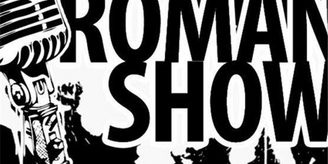 The Roman Show welcomes Olympic Judo Gold Medalist Kayla Harrison, who speaks on being the first American to win the gold in the sport ever. Also, she talks about mixed martial artist Ronda Rousey, who Harrison says she is a role model to her. Follow us on Twitter @romandh and use #romanshow.