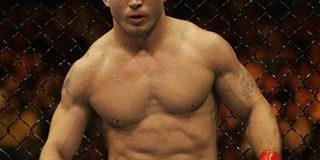 Former UFC champion Sean Sherk catches up with the Roman Show and tells us about his recovery along with a possible date to his return to the octagon. Also, UFC fighter Ricardo Lamas spoke about his future in the major promotion. Also, master Daniel Valverde mentioned about an upcoming amateur mixed martial arts event on Jan. 27 in downtown Miami. Lastly, local radio host Alex Donno from 790 AM The Ticket called in to give his take on the world of mma.