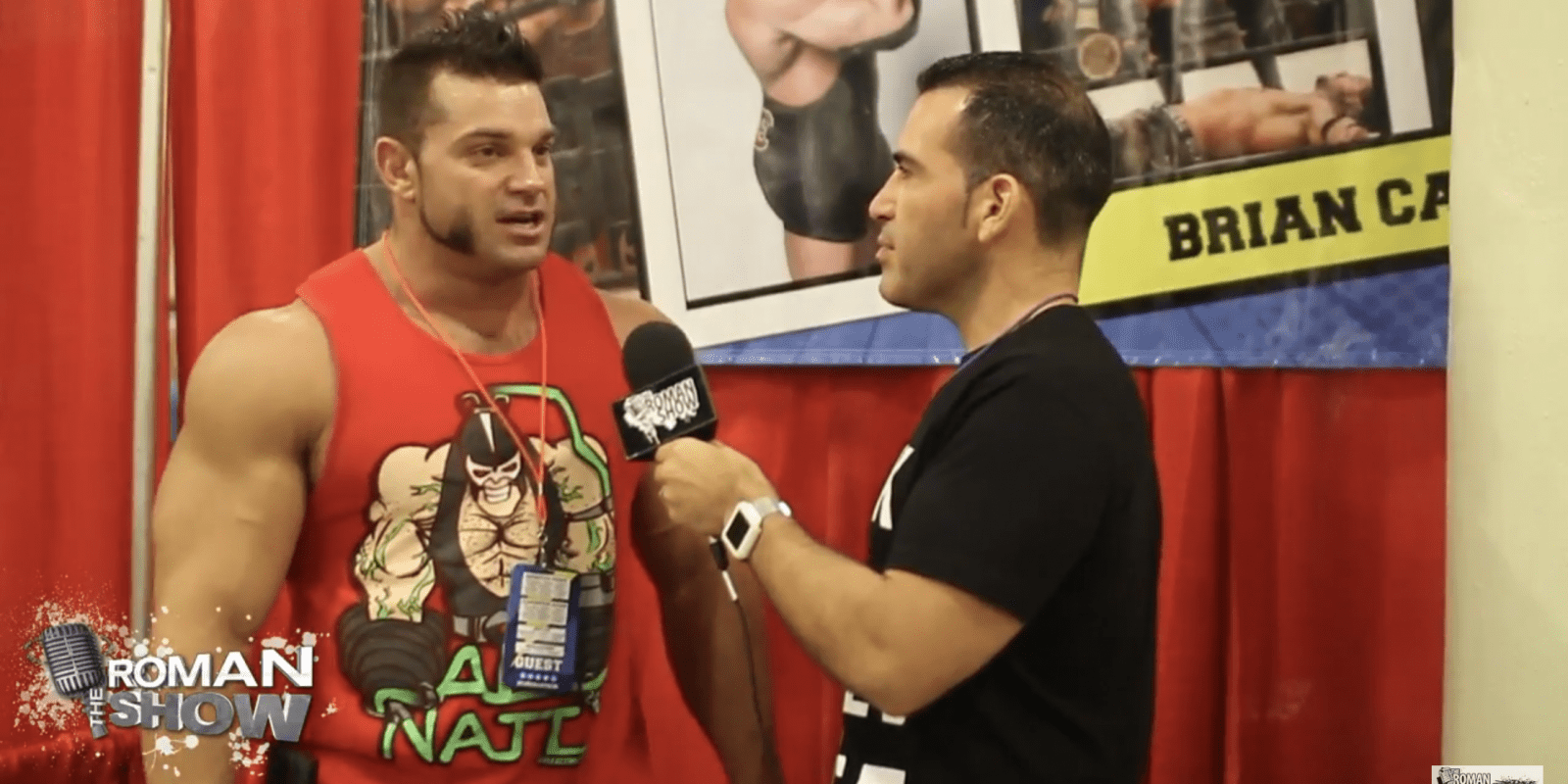 The Machine Brian Cage talks about playing a superhero character in WWE developmental and changing the X Division title name.

Cage spoke to The Roman Show at the annual Florida Supercon in Fort Laudredale, Fl.

He spoke the time he was playing the character Night Claw.

“I am out there having awesome matches with Justin Gabriel, Tyson Kidd, Trent Barrreta, and Dusty Rhodes pulls me to the office and goes ‘let me tell you something baby you are a phenomenal worker you got to have something else you can’t be that. Hey Matt, what’s that guy called the honey badger The Wolverine yeah. But you cant be the Wolverine because that’s a trademark so give me something else. I went back and I was looking through my trading cards and comics. And I said Ill be like the Dark Claw which is Batman and Wolverine. I can’t be Dark Claw and I made my attire of off that and they were going to bring me up and then Hurricane came up and Dusty said ok we are thinking of feuding or teaming you with Hurricane. So I started doing a bunch of heal promos but I got released.”

He faces Matt Sydal the X Division champion for Impact Wrestling at this weekends Slammiversary in Toronto.

“First time I work with him,” he said. “He will lose the title and I’ll change to the Weapon X division title it’s a play on Wolverine and Ill remain supreme until I move over to another title.”

He also talked about bodybuilding and competing on Mr. Olympia competitor Lou Ferrigno.

“Lou Ferrigno asked me to do one of his bodybuilding shows,” he said. “I wanted to but I haven’t done any bodybuilding in a few years because my schedule is too busy.”
He also talked about skating, love for metal and more.