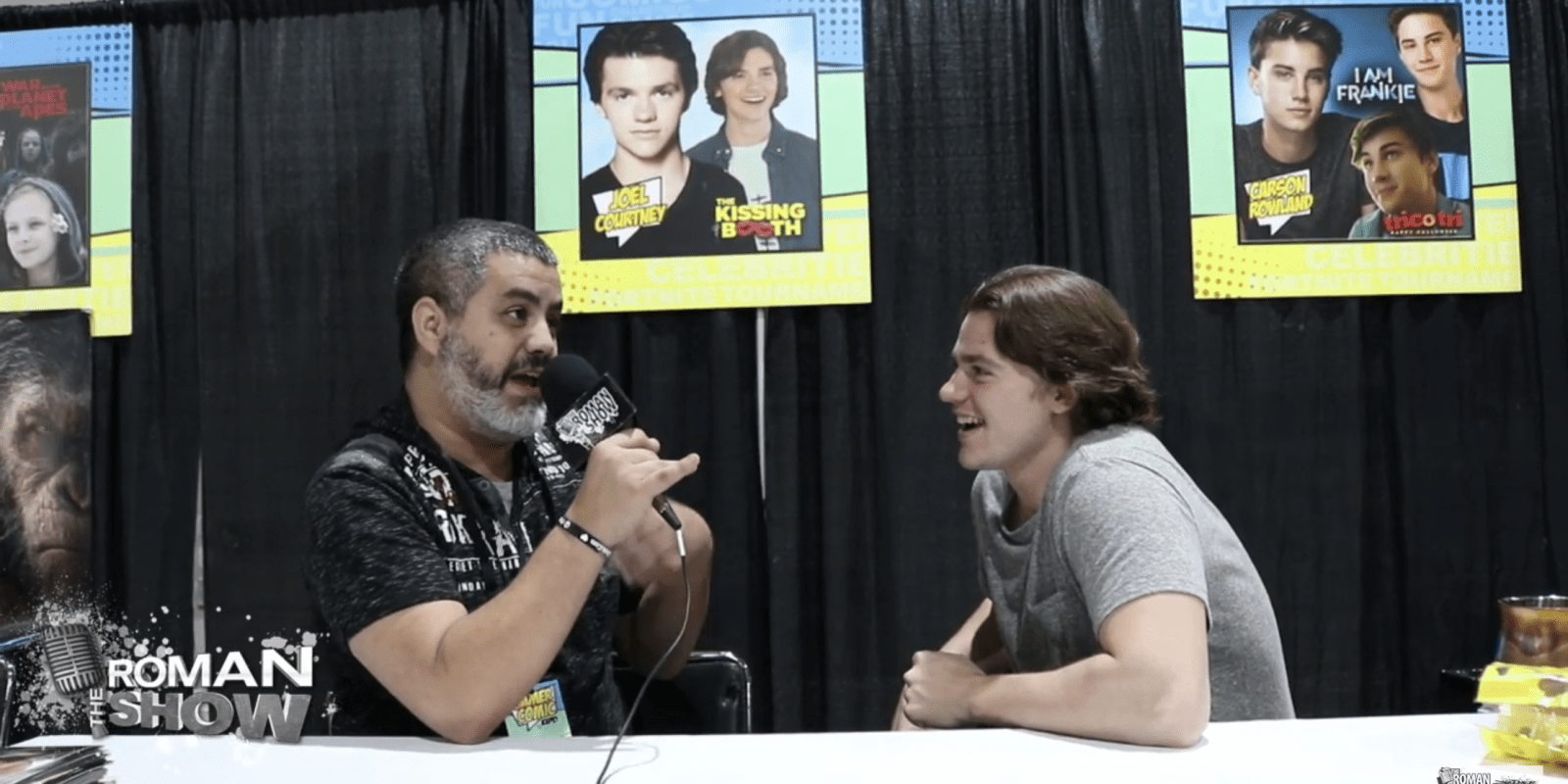 Actor Joel Courtney of Netflix’s The Kissing Booth says he is on a different path compared to his siblings.

Courtney spoke to The Roman Show’s Jorge Alonso at Gamercon.

Courtney said that he is following his own avenue. Courtney has a member of the family who was also an actor. He said he doesn’t feel any pressure in relation to having the acting bug in the family.

“It’s not following his footsteps,” he said of his brother Caleb Courtney. “He started young. He let it go. He now got married and has children. It’s more following on our paths and mine has kept me in acting and his took him away. For my other siblings, we are all different. It’s the path we have taken.”

Courtney was born in California but lives in Idaho. He went through several callbacks until he finally was able to book a role of Joseph “Joe” Lamb in the film, Super 8. He also filmed Tom Sawyer and Huckleberry Finn where he played Tom Sawyer and many more.

Joel has played roles in several popular movies such as  Steven Spielbe and J.J. Abrams film Super 8 and even The CW’s series The Messengers. He also won a Saturn Award for best performance by a younger actor. He talked about working with Abrams.

“J.J. Abrams is a father in the way he works,” he said. “He has strong leadership. His set is like a family. Through the years he has worked with people and he brings them back.”

Watch the complete interview, above.