The Bloody Hell’s new song defines the ongoing turmoil in the U.S.A. 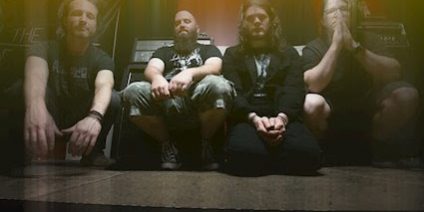 “Nobody Cares About America Anymore“, the band’s latest single, available on streaming services.

With riots hitting the United States streets and a controversial president in Donald Trump, the band’s Ian Kean spoke to The Roman Show about writing it prior to the pandemic and chaos.

CREATION OF THE HIT SINGLE

“We wrote the song the concept came in 2017 when I was working at a bar that always had the news,” he said. “(About) 12 times a day I would have the same conversation if the states is heading in the wrong the direction?”

Furthermore, he said “(The question of) if people are expressing their displeasure for Donald Trump. I found myself steering the conversation about negativity about the states. Eventually, nobody cares, nobody cares.”

Lyrically, the same was meant to take sides.

“It seems the leaders of America don’t care about the citizens of America so the video tired to represent that (people aren’t) not carrying about what is happening in the states.”

Teaming up with Necro Bunny to create the music video, the band features a celebration of American culture featuring the likes of wrestler Lex Lugar and Trump.