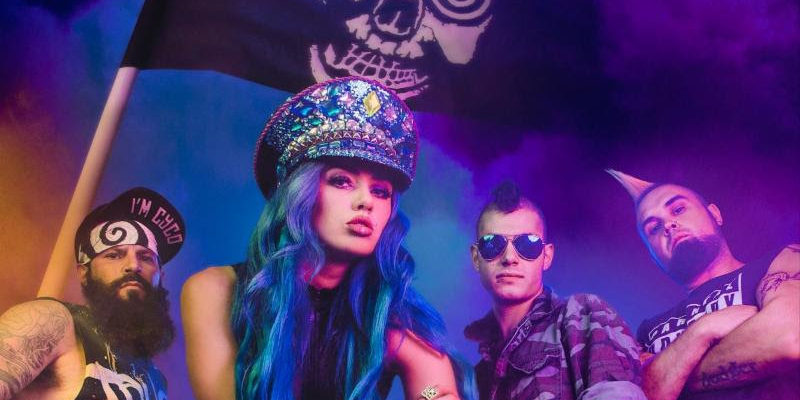 SUMO CYCO’s Skye opened up about producing musical videos and touring with Nonpoint for the second time around.

The Roman Show spoke to Skye all the way from Canada. The band just recently concluded their tour with Butcher Babies, Cane Hill, and Nonpoint.

Skye said the band has built a great relationship with Nonpoint.
“We toured about two and half years ago,” she said. “It’s nice to get on this tour. We’ve already made friends. We all went out to see the Avengers.”

She also gave her take on how women in metal have become influential and paving the way for the future.

“We can also do what all the boys can do,” she said. “We want the mutual respect. Young ladies do need to feel like they are welcomed to the scene. It has been a boys club. Its aggression, chilling with dudes for me its important for like myself and Butcher Babies to go out there and do our thing.”

She also informed us of how they produce their music videos.

“Me and our guitarist are fans of movies,” she said. “We like to explore the visual angle of our music. We are an independent band. On our side, we get these videos made we come up with some real cheap resources mainly a cool location that we get access for without using a lot of money.”

Hear her talk about their new single undefeated, traveling and more.