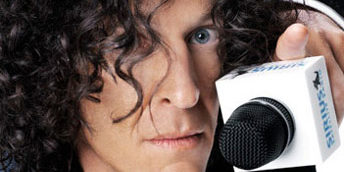 Rodolfo Roman
Shock jock and the king of all media, Howard Stern made his debut on national television in a very long time as he took on the role of a judge on NBC’s America’s Got Talent. Alongside Sharon Osbourne and Howie Mandel, the trio will be choosing the next top performer or performers through the course of the summer. Many were skeptical on the next work’s move fearing Stern would act unfriendly to contestants and to the national public. But, on the contrary, Stern proved the critics wrong and was very friendly. In fact, he stepped on stage to dance with one of the contestants and making the show interactive with guests and judges. Stern, who hosts the Howard Stern show on Sirius radio, proved that he can be a household name instead of a person who is unaccepted during a dinner table conversation. The ratings will prove that 58-year-old New Yorker will fit will into national network mixing in with the cookie cutter crowd and his eccentric followers.
@romandh