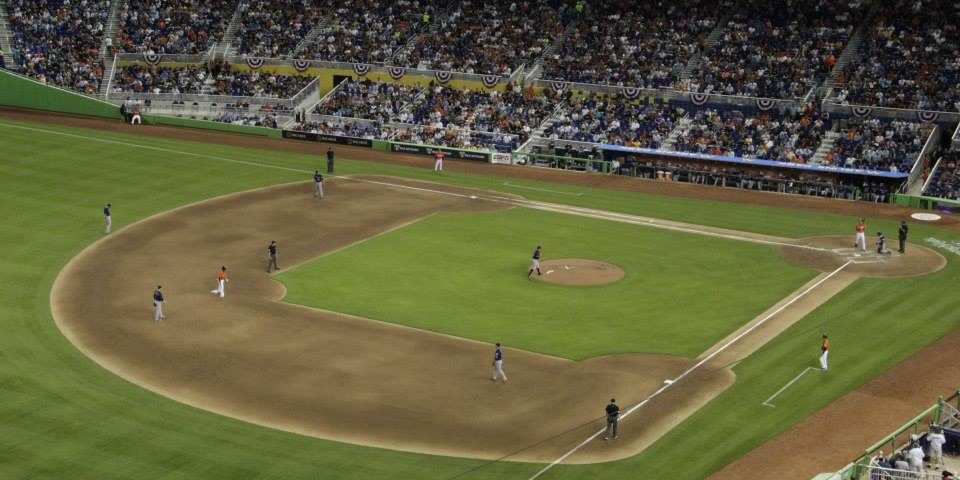 Giancarlo Stanton’s selection to the MLB All-Star Game is an embarrassment. A disgrace. An absolute abomination.

To clarify, I don’t mean the Miami Marlins slugger isn’t worthy of his second selection to the National League All-Star roster; as a matter of fact, I believe the complete opposite. If Miami had continued their (unexpectedly) strong play from earlier in the season and continued to fight for supremacy in the National League East, Stanton might be in the conversation for Most Valuable Player. (With half of the season to go, and the Marlins somehow only 7.5 games out of first place, that possibility can’t and shouldn’t be ruled out.) There is no doubt he’s one of the most deserving players attending this year’s Midsummer Classic, a can’t-miss position player in today’s game dominated by outstanding pitching.

My beef is with the fan voting. A large portion of MLB fans have clearly overlooked Stanton on the All-Star ballot as Carlos Gomez, Yasiel Puig, and reigning-NL MVP Andrew McCutchen each garnered more votes. Each of these other outfielders is obviously deserving of an All-Star appearance, but seriously? Stanton ended up in 4th place? How does the guy leading the NL in both homeruns and runs batted in (not to mention ranking second in walks) not get voted into the starting lineup?

Technically, Stanton will be starting the All-Star Game, but only by virtue of NL All-Star Manager Mike Matheny’s decision to insert the budding rightfielder as the starting designated hitter. This means we won’t be seeing Stanton trot out to his familiar stomping grounds in right field. If this game were to be played at a National League stadium, where DHs don’t exist, Giancarlo wouldn’t even be starting.

There’s no question that All-Star fan voting, in baseball or in any other of America’s four major sports, is bound to leave out some more deserving and noteworthy players. With a 34-player roster, there truly is no way to send every deserving player to the All-Star Game. The voting inevitably becomes a popularity contest, and snubs happen every year; in a way, Stanton is someone you might consider an “in-roster snub” because he didn’t get the number of votes he deserved. Additionally, there are players with far better numbers than others who have established themselves as “stars” in previous seasons who get much less attention than they warrant because of the size of the markets they play in. Those players end up taking a vacation during the All-Star festivities.

After spending last year in Japan playing for the Tohoku Rakuten Golden Eagles, “Hits McGehee” returned to MLB with a vengeance. He currently has a share of the NL lead in hits (115) along with a sky-high average of .319 and 53 RBIs. I understand that one homerun at the halfway mark isn’t very sexy, but how do you leave the league leader in hits off the All-Star roster?
Joining Stanton as the only other Marlin at the All-Star game is starting pitcher Henderson Alvarez, who has been Miami’s most reliable starter since Jose Fernandez’ season-ending Tommy John surgery in May. Alvarez, who threw a no-hitter for the Fish on the last day of the 2013 season, has six wins to go along with a 2.63 ERA. The Marlins had won ten straight games in which Hendy was the starting pitcher—a franchise record—before dropping a game to the New York Mets last Friday night.

You can watch Stanton, Alvarez, and the rest of the National League All-Stars battle the best of the American League Tuesday night at 8 PM on FOX.