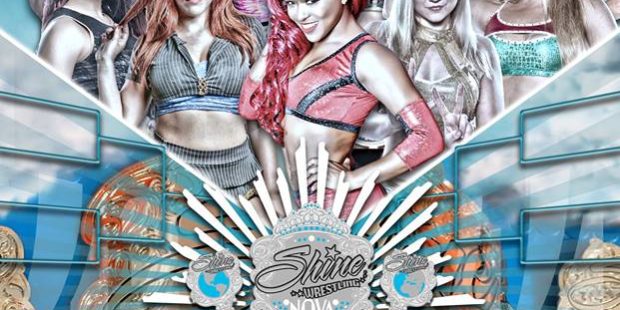 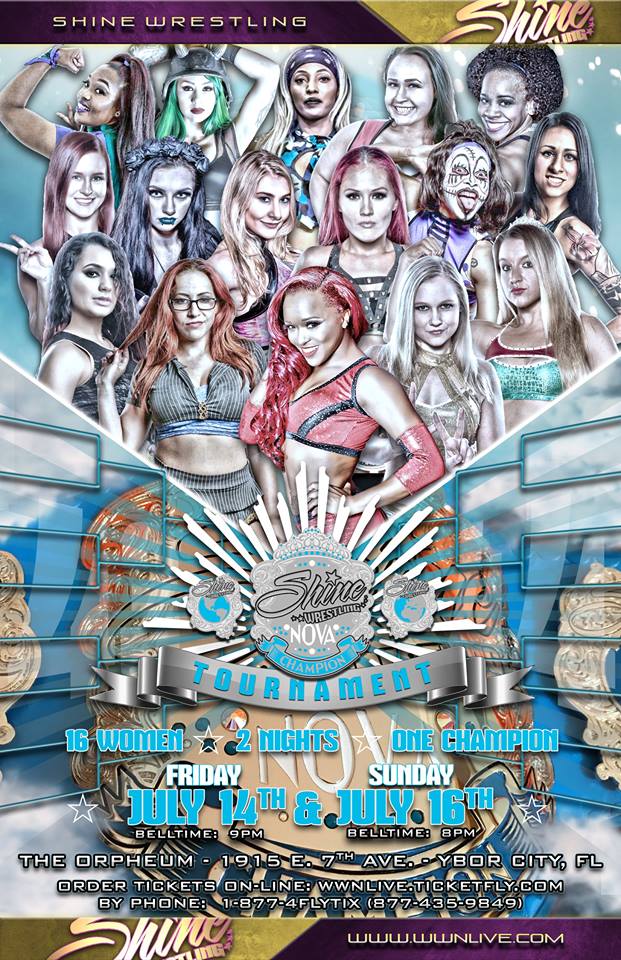 The official matchmaker of SHINE says fans are in for a treat with the upcoming SHINE 43 card.
SHINE 43 will feature eight first round matches of the SHINE Nova championship tournament featuring 16 talented ladies squaring off inside the squared circle. The event takes place at The Orpheum, 1915 E 7 Avenue, Ybor City, FL, at 9 p.m., July 14. The event will be streamed on FloSlam.tv.
SHINE matchmaker Rob Naylor spoke to The Roman Show and said to keep a close eye on the new-featured talents.
There is a blend of a variety, he said.
“We were happy to have Holidead. She has worked for the Stardom promotion in Japan,” he said. “Jordynne Grace has been dominant in the northeast. She brings a powerful style and great technique.”

He said SHINE wanted to offer something fresh to the talent that fans aren’t familiarized with yet.
“We wanted something for the younger talent,” he said. “Something else to fight for that old WWF world intercontinental title dynamic if you will. The tournament ill tell you what I found the dates were scheduled the same dates of the Mae Young Classic. Of course you pull back and say wow that’s going to take away potential talents from the tournament. But what happened here it should me the multitude of talent that is out there because you have Shimmer, Shine and the Mae Young Classic it is unreal right now how many girls are going. I was happy how much talents we have.”
He also talked choosing talent, status of women’s wrestling and SHINE serving as a stepping stone to the next level for ladies in the sport.