Shane Battier Performed Under The Lights, But Not With a Basketball

You are here:
BASKETBALLInterviewsOTHER SPORTS 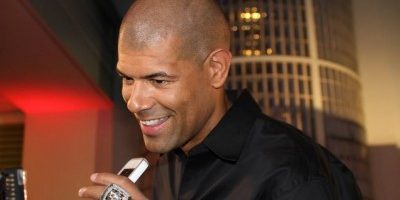 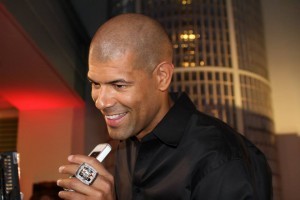 ESPN commentator and former Miami Heat player Shane Battier hit the stage performing alongside singer Jon Secada at the annual Battioke to benefit The Battier Take Charge foundation. But he traded a basketball for a microphone.

The NBA champion opened up the show wearing a bright silver pair of pants performing Right Said Fred “I’m Too Sexy” karaoke version. The Roman Show caught up with the champ. Watch the complete interview, now.

“The people have asked for Battioke,” he said. “We give them what the people want. Everyone here has a fantastic time and we touch a lot of lives through karaoke.”

He hosted the “South Beach Battioke” at the Fillmore Theatre in Miami Beach. The event benefits The Battier Take Charge, a foundation dedicated to providing resources for the development and education of undeserved youth and teens.

“We have a Gator, Seminole, Panther… they are kids are amazing,” he said. “We are proud we offer them an opportunity. “