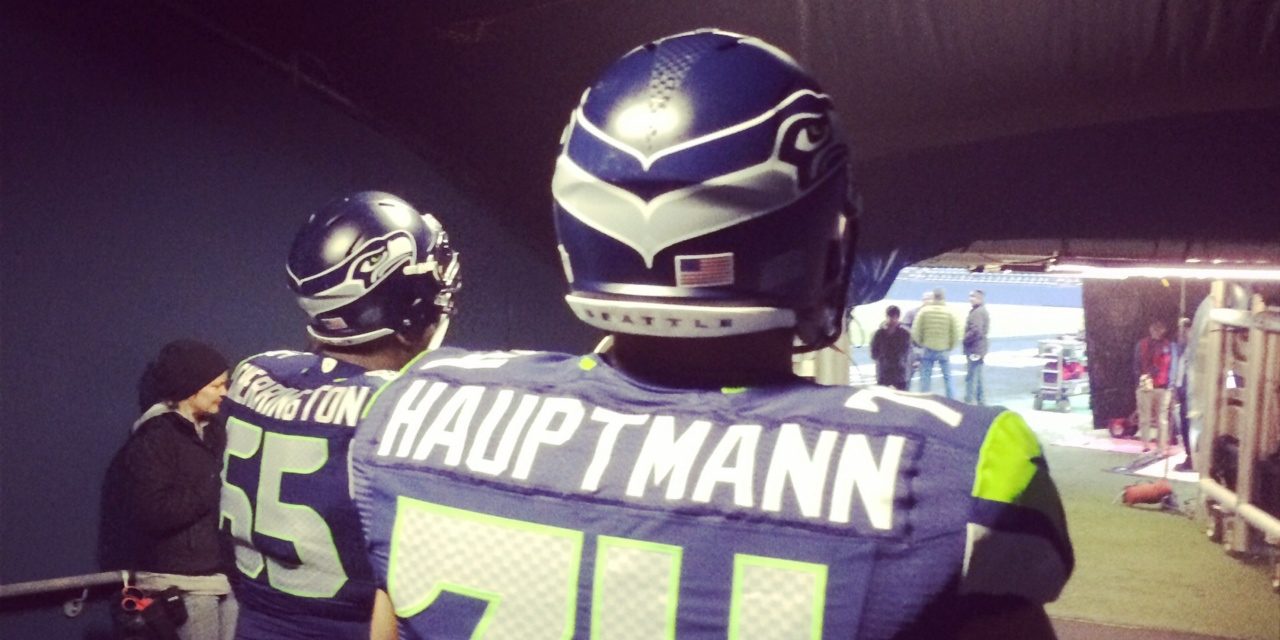 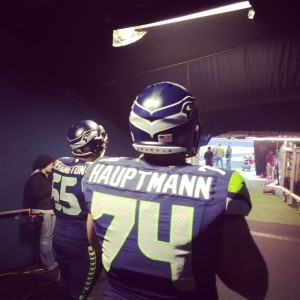 Although he will have a chance to play against future hall of famer and Denver Broncos quarterback Peyton Manning, Seattle Seahawks lineman Caylin Hauptmann is more impressed playing alongside his team’s offensive leader.

“It’s more of an honor to be on the field with Russell Wilson, Seattle’s quarterback,” he said in an interview for The Roman Show. “He is a good quarterback, but Wilson is our quarterback and we have all the faith in him and our team. Manning doesn’t do it alone. He is a great quarterback and soon to be in the hall of fame.”

The Golden Panther and his Seahawks will face the Denver Broncos at Super Bowl 48 Feb. 2 on Fox.

Hauptmann, who played offensive line for Florida International University, was signed with the Cleveland Browns’ practice squad after the draft last year. But last fall, he got called to fill in an offensive line position for the Seattle Seahawks. The Californian says he was happy to get a chance to return to the west coast, but was humbled by Cleveland’s opportunity.

“I was ecstatic,” he said. “I thought I was joining something great. As soon as I got in here, I fit in. it made it easier.”

The lineman says although he is about to play on the biggest stage of football, he never forgets his roots of west Miami-Dade as he stays in contact with former coaches and players from FIU.

Another teammate has had success in the NFL, as T.Y. Hilton had an impressive season with the Indianapolis Colts.

Hauptmann was part of the FIU squad that brought the school’s first bowl game victory at the Little Caesars bowl in 2010. The team won in a game down to the wire defeating the Toledo Rockets 34-32 in Michigan.

Come Feb. 2, if the game is played depending on the weather, Hauptmann said to expect a competitive game. By the way, he said although the media and others are making the weather an issue, he is confident both teams are prepared for anything.

“We are accustomed to the weather changes and so is Denver,” he said. “I don’t think the teams are worried about the weather.”