Sean Soriano Is Focused on Today 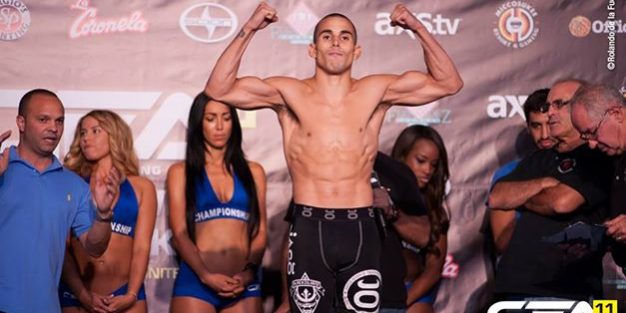 Sean Soriano faced two defeats last year, but he is forgetting about what was and is focusing on what is.

Both fought for the now defunct CFA.

Soriano is from Rhode Island, while Rosa is from Massachusetts. Both train in South Florida: Rosa trains at American Top Team, while Soriano trains at the Blackzillians.

He has had two back-to-back losses in the UFC. So a win against Soriano is what is needed. He feels comfortable and confident for this coming fight, he said.

“I got more into my wrestling and into my old self,” he said. “I feel good. I am having fun in training, which makes it a lot better.”

He said he wasn’t too impressed by Rosa’s UFC debut last year, when he fought Dennis Siver.

“I think Siver played a safe game to get the win,” he said. “Rosa tired submission. Siver could have done more on his feet. I am not trying to disrespect anyone but I wasn’t impressed.”