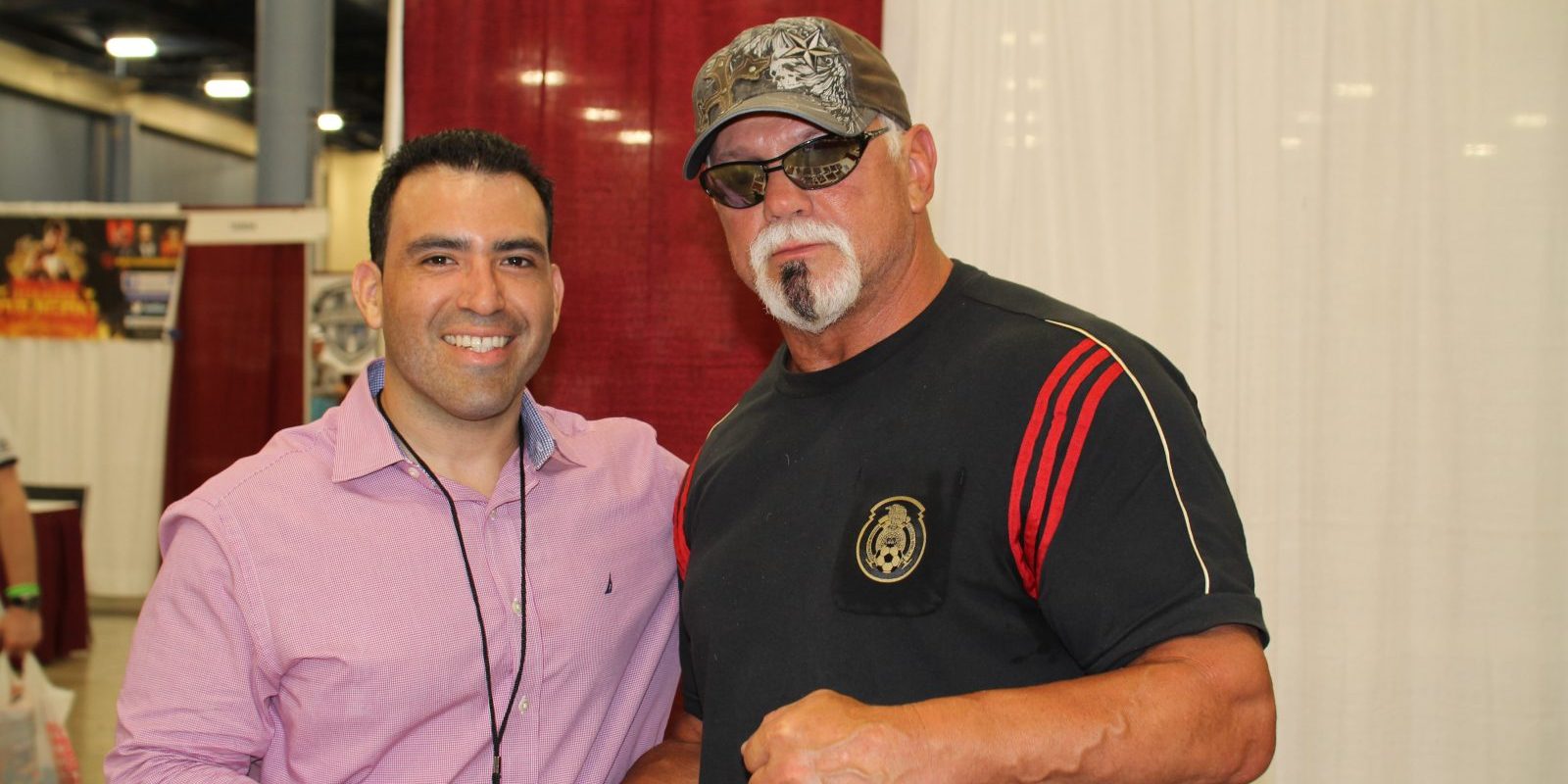 Former WCW, WWE and TNA superstar Big Papa Pump Scott Steiner said that he has worked with pretty much everyone he wanted, except The Rock.

In an exclusive interview with The Roman Show during the Florida SuperCon event in Miami Beach, which runs till July 6, Steiner said he feuded with everyone he wanted minus The Rock.

“I wrestled everyone,” he said. “The first time I went to the WWE back in 2003 I wanted to go against The Rock,” he said. “That never happened. He is one of the top guys of all time. The box office shows that. He was one of the most talented wrestlers there is. That’s the one guy I wanted to start off with. Vince brought all of the WCW guys up but basically Vince basically treated us like s#$t…treated us all the same. But they destroyed everything me Goldberg, Nash were all treated the same way.”

He also voiced his opinion on any Rock critics.

“Who can talk bad about The Rock,” he said. “He’s entertaining. He puts asses in the seats. He proved that but moving up to bigger and better things.”

Steiner who also teamed with his brother Rick Steiner known as the Steiner brothers said he can’t watch the current product.

“That PG s$%t is hard to watch. It doesn’t make sense,” he said. “You got south park serving up a storm. You got all these shows. Wrestling was the first natural reality show. We created that genre. That was reality tv live. It started with raw in the Manhattan center.”

He also talks about being inducted into the Dan Gables museum, not wanting to compete in bodybuilding, Bray Wyatt and The Usos, and more.