Saved by the 90s to rock Fort Lauderdale Friday 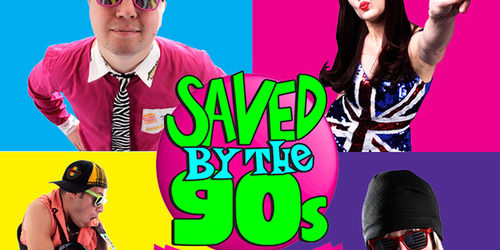 Saved By The 90’s a rock band cover top hits from the 1990’s will return to Revolution Live in Fort Lauderdale with a setlist to please.

“At a typical show, we will play about 30 to 32 songs two sets,” he said. “We do add our own flare to the cover songs. Some of them are by the books. We do like “I want it that way” by Backstreet Boys we will play it just like that with the harmony. Other things like a couple of NSYNC songs we add a little heavier a little rocked out with guitar harmonies. We try to make it for the crowd can get into not a band at a local dive bar playing crappy cover songs.”

James also explained how the band creates the setlist.

“Over the years it has been trial and error,” he said.  “There are songs that no one will remember or appreciate it those songs have gone over huge. We have a list of songs like 60 or 70 that are in the rotation. If it’s a venue we played before we try to change the set list. If anyone comes to see us the second time they won’t get the same show.”

He said there are songs that typically that don’t get a good crowd
reaction and at times they will adjust the set list on stage.

“More so cutting songs,” he said. “We have too many and we will look at each other and say yeah next one. For the most part, the list we have no has gone over well.”

Hear him talk about the bands relationship with Saved By The Bell’s actor Dennis Haskins ask Mr. Belding from the hit shot and a whole lot more.