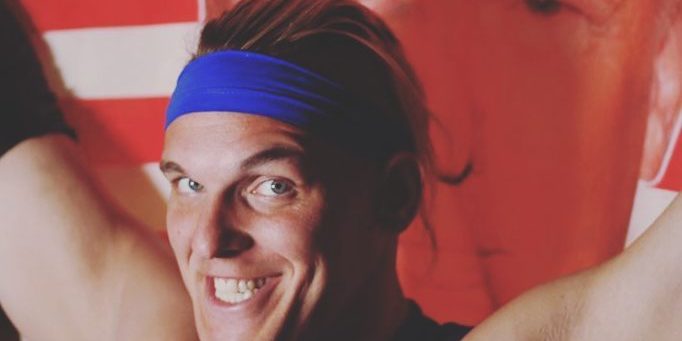 Adonis, real name Samuel Polinsky, walks to the ring waving an American flag with Trump’s face on it, which has allowed Mexicans to release their opposition to the president, who has said he wants to build a wall on the American and Mexican border and has been signing executive order on immigration laws. He joined The Roman Show to talk about bringing back the true heel’s back to pro wrestling. He will be part of the lucha libre event during the Wrestlemania weekend in Orlando. The event will take place April 1 at 3 p.m. at Centro de Recreacion del centro, 363 N Parramore Avenue, in Orlando.

“I love every minute of it,” he said on The Roman Show. “I’ve been brought up in wrestling. The art of being a heel has disappeared. Everyone wants to be a Rob Van Dam heel, where they talk but they back it up but they are not hated. I like the 1970’s style heel. The vicious heel that people can’t stand. I am in a good place in this.”

Adonis’ family has strong wrestling ties. His father, Dan Polinsky, would organize shows in Pittsburgh and his bother Matthew Polinsky, better known as Corey Graves in the WWE, trained him.

“My mom knows more about pro wrestling than modern day wrestlers know,” he said.
Although his persona has received a lot of attention as it has been featured on the Associated Press, CNN and other media, fans in Mexico have grown love it.
“The things they say are the worst things you hear. They cuss so much. I had an entire audience that doesn’t speak English, but about 2,000 people were screaming F-you. I felt so good. Some people throw their beer and popcorn. Sometimes I get the drink that wants to pick a fight. But I know how to pick my battles.”

Hear the complete interview from Adonis as he talks training lucha libre, feuding with CMLL’s Shocker and more.