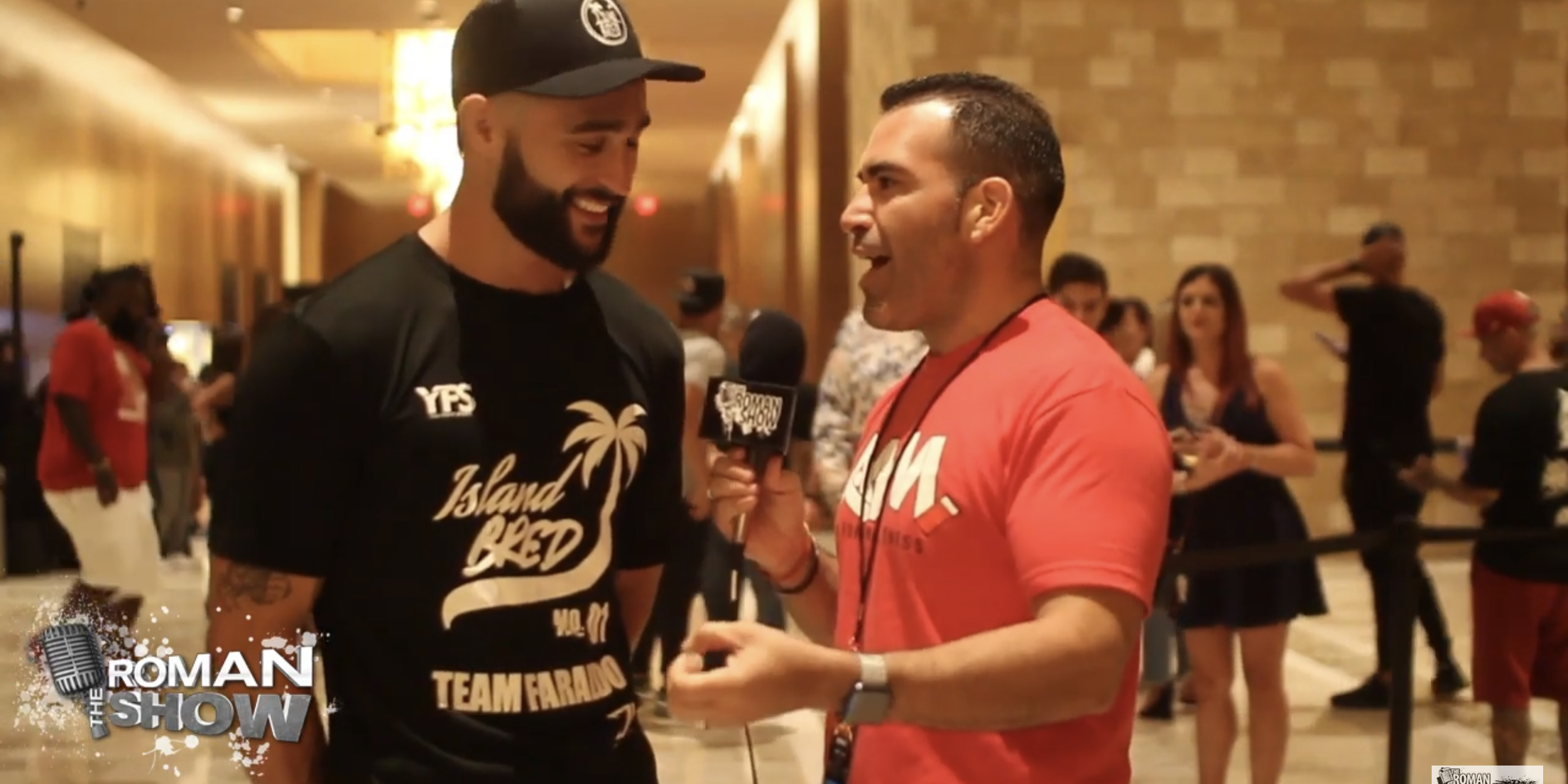 Faraldo defeated his foe Dilano Taylor (1-1) by way of TKO in the second round. The Roman Show spoke to Faraldo soon after his first pro win as his fans wanted a selfie with the victorious fighter.

“I got a lot of support from my hometown,” he said. “I come from a town where you grow up and you know everybody. I am blessed to have the fans I have.”

Faraldo’s fans drove from Key West to Hollywood, Florida which is roughly a four and half hour drive. Prior to making his debut, Faraldo had six wins in the amateurs with no loses. The majority wins came competing for Premiere Fight League (PFL) and Combat Night promotion.

He said he felt confident when deciding to go pro and trusted his team.

“Preparation and constant work,” he said. “I had a big belief in my coaches them telling me I was ready to go. The difference is the rounds. The amount of time you out there and the composure not being able to go out there full sprint. I go out there being composed and working. Going for the finish but having the right mind set.”

Faraldo said he didn’t suffer any injuries and is ready to go for another fight, however, he will look into what promotion he will fight for.

“I am going back to the drawing board there are some good promotions in the area,” he said. “Personally, Florida is number in the country. People come to train in Florida because we have the best fighters.”

Sitting cage side, Titan FC COO Lex McMahon watched Faraldo’s fight, which could be a future home for the undefeated fighter.

“We have a good connection with him {McMahon} so let’s see,” he said.