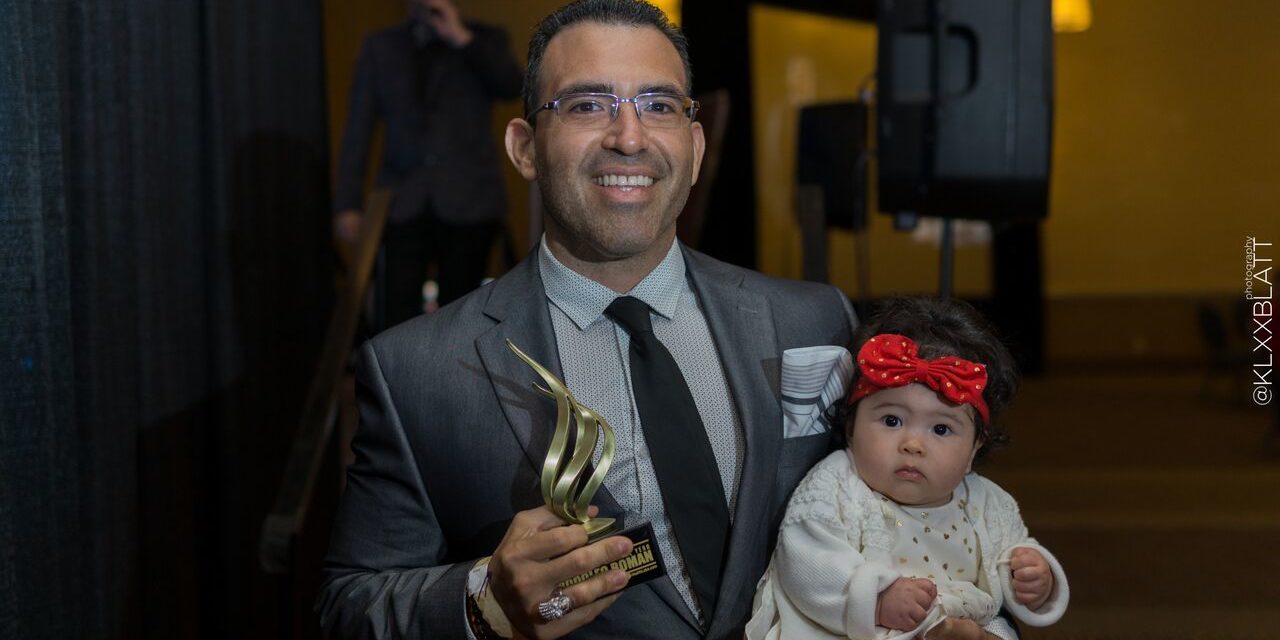 On February 24, the Florida MMA Awards awarded Roman at the DoubleTree Miami Airport hotel at the annual event.

Roman, a journalist and host of the weekly podcast The Roman Show, is the ring announcer for the international mixed martial arts promotion Titan FC, which airs on UFC Fight Pass.

The bilingual accepted the award on stage alongside his seven-month-old daughter, Ayumi Roman.

“I am humbled for the award,” he said. “I would like to thank Mr. Jorge de la Noval former promoter of the now defunct CFA promotion, Mr. Lex McMahon and Jeff Aronson of Titan FC, Frank Morejon. Also, a very special thanks goes to amateur promotion Premier Fight League, 305 Fights and pro/ammy promotions Combat Nights and XFN for allowing me to step on their cage and trust me to deliver a performance. Lastly, a special thanks to late Howard Davis Jr. a great person who miss very much in the Florida MMA community.”

Roman’s first announcing job was in 2010 for the now defunct Mixed Fighting Alliance. Ever since, he has traveled across the country announcing for several promotions airing on MTVtres, UFC Fight Pass, AXS TV, MGM and BEIN Sports.

Aside from being Titan FC’s ring announcer, Roman has worked for World Series of Boxing airing on Univision, Major League Wrestling on BEIN Sports, CFA, and has hosted several collegiate athletic events such us Florida International University football and more.